From the consumer perspective, everyone knows about Amazon and its vast array of products available to you with a few simple clicks. In addition to e-commerce, Amazon also focuses on cloud computing, digital streaming, and artificial intelligence.

In the publishing world, Amazon is both a traditional publisher and the parent company of Kindle Direct Publishing—the most prolific of all independent publishing platforms. This alone causes much confusion, which I will sort out for you here. But let’s start at the beginning . . .

Jeff Bezos founded Amazon in Bellevue, Washington in July 1994 as an online marketplace for books. In 1998, they began selling music and videos as well as acquiring online book selling operation in the UK and Germany. By 1999, they were also selling video games software, toys, games, consumer electronics and home-improvement products. 2002 saw the birth of Amazon Web Services (a provider of web stats for marketers and developers) followed by their computing cloud and storage services in 2006. And that was just the beginning. There’s an expansive list of Amazon’s corporate acquisitions here: https://en.wikipedia.org/wiki/List_of_mergers_and_acquisitions_by_Amazon

As Amazon grew in many other directions it continued to serve (and expand) as a retailer of physical books before revolutionizing the independent publishing world with the arrival of the Kindle and the Kindle Direct Publishing platform.

In November 2007, Amazon launched the Kindle Direct Publishing (KDP) platform along with the first Kindle ereader, which I think we can all agree changed 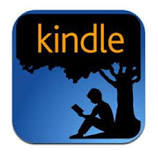 independent publishing forever. The KDP system (both ebook and now print) allows independent publishers (aka authors) to easily upload and distribute their books, bypassing traditional publishers or expensive/predatory vanity publishers and allowing them to reach an ever increasing audience of readers.

KDP produced only ebooks until 2016 when it began offering a print option called KDP Print. KDP Print was in direct competition with CreateSpace, a paperback print-on-demand company Amazon had acquired. Eventually (in 2019), CreateSpace was folded into KDP Print, moving the CreateSpace authors to the KDP platform for a unified ebook and paperback (print-on-demand) dashboard. You can check out Kindle Direct Publishing here: https://kdp.amazon.com/

Now, we need to take a step back again. Digital books had been available prior to the first Kindle sale but not as cheaply or in such a vast quantity. “In 1985, the Voyager Company, a pioneer in CD-ROMs, was founded and published ‘expanded books’ on CD-ROM including Michael Crichton’s Jurassic Park, and in 1993, Digital Book, Inc. offered the first 50 digital books on floppy disk. Fast forward to 1998, and four important events happened: 1) the first dedicated eBook readers were launched: Rocket Ebook and Softbook; 2) the first ISBN issued to an eBook was obtained; 3) US Libraries began providing free eBooks to the public through their web sites and associated services; and 4) Google was founded by Larry Page and Sergey Brin. In 2000, the same year Blu-Ray discs were launched, Stephen King offered his novella Riding the Bullet as a digital-only computer-readable file, and two years later, Random House and HarperCollins started to sell digital versions of their publications. In 2004 Sony released its Sony Librie e-reader and then its Sony Reader in 2006.” From the Government Book Talk website: https://govbooktalk.gpo.gov/2014/03/10/the-history-of-ebooks-from-1930s-readies-to-todays-gpo-ebook-services/

While other ereader systems followed (Sony/Nook), the Kindle device/platform primarily pushed the growth of the ereading community. Traditional publishers came to utilize the Kindle platform, too. Now, nearly every traditionally published book that is available as an ebook is available in the Kindle format via Amazon. Even though they have a love/hate relationship with Amazon, it would have been foolish for traditional publishers to ignore the largest ebook retailer. In 2019, Amazon sold 67 - 83% of the ebooks in the US (depending on which report you use.) The rest of the market share is mostly ebooks purchased from Apple Books, Barnes & Noble, Kobo US, and Google Play Books.

Yes, Amazon is a traditional publisher, too. Amazon Publishing was founded in 2009, just two years after the introduction of the Kindle and Kindle Direct Publishing. By 2011, they had launched five imprints, including Montlake Romance, Thomas & Mercer, 47North, and Amazon Crossing. By 2019, they had 16 imprints. You can read more about them here: https://amazonpublishing.amazon.com/ 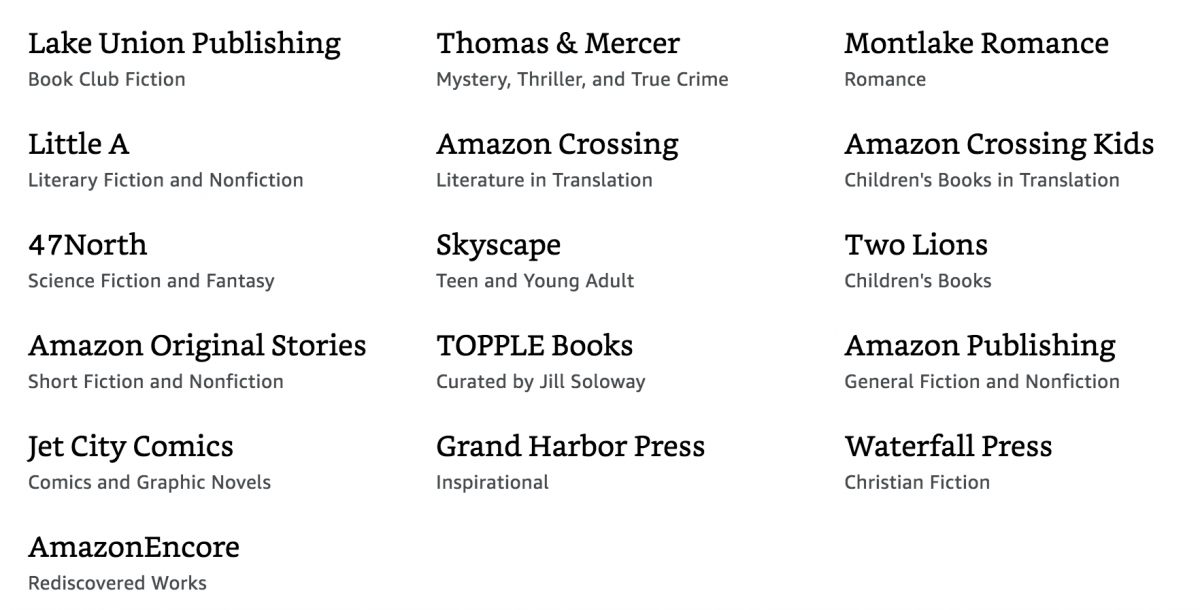 Amazon Publishing operates like every other traditional publisher. There’s a rigorous submission process, nearly exclusively via your literary agent. (So that’s JUST like traditional publishing. LOL) Their ebooks are exclusive to Kindle, but print books are available for purchase online from nearly every book retailer I checked on. However, it’s reported that most bookstores won’t shelve copies of titles originating with Amazon. (Although, it's hard to imagine Barnes & Noble NOT stocking the latest Patricia Cornwell or Dean Koontz novel--reports indicate that this is true--even though they have the books available online.) Many other well-known, award-winning authors call Amazon Publishing home, like Mindy Kaling, Colleen Hoover, Sylvia Day, Sofia Segovia, Anne Charnock, Abigail Strom and so many others. The fact that they’ve been able to snag so many high profile writers proves they are as competitive and professional as any other traditional publisher. In fact, some reports indicate that their contracts are even more favorable to authors.

The Hang Up Some Folks Have with Amazon Publishing

CLEARING UP THE CONFUSION

It's understandable that confusion comes from Amazon's unique position in the publishing world as a book retailer that also owns one division that traditional publishes books and another division that is devoted to independent publishing. Mainly, I hope that I've been able to ensure a more accurate understanding of the fact that Amazon Publishing and Kindle Direct Publishing are two separate entities under the vast Amazon corporate umbrella.

Let me know if you have questions.