The Benefits of a Retreat

What a wonderful time to reside in Wisconsin. I believe my home state rivals the Northeast regarding fall color, but then I’m biased. Recently, I spent a week in the Northwoods and the respite provided clarity that I didn’t expect. The tiny cottage where I stayed felt like a step back in time. The decor was mid-Fifties, the cell service was spotty, and while there was a television, I rarely turned it on. 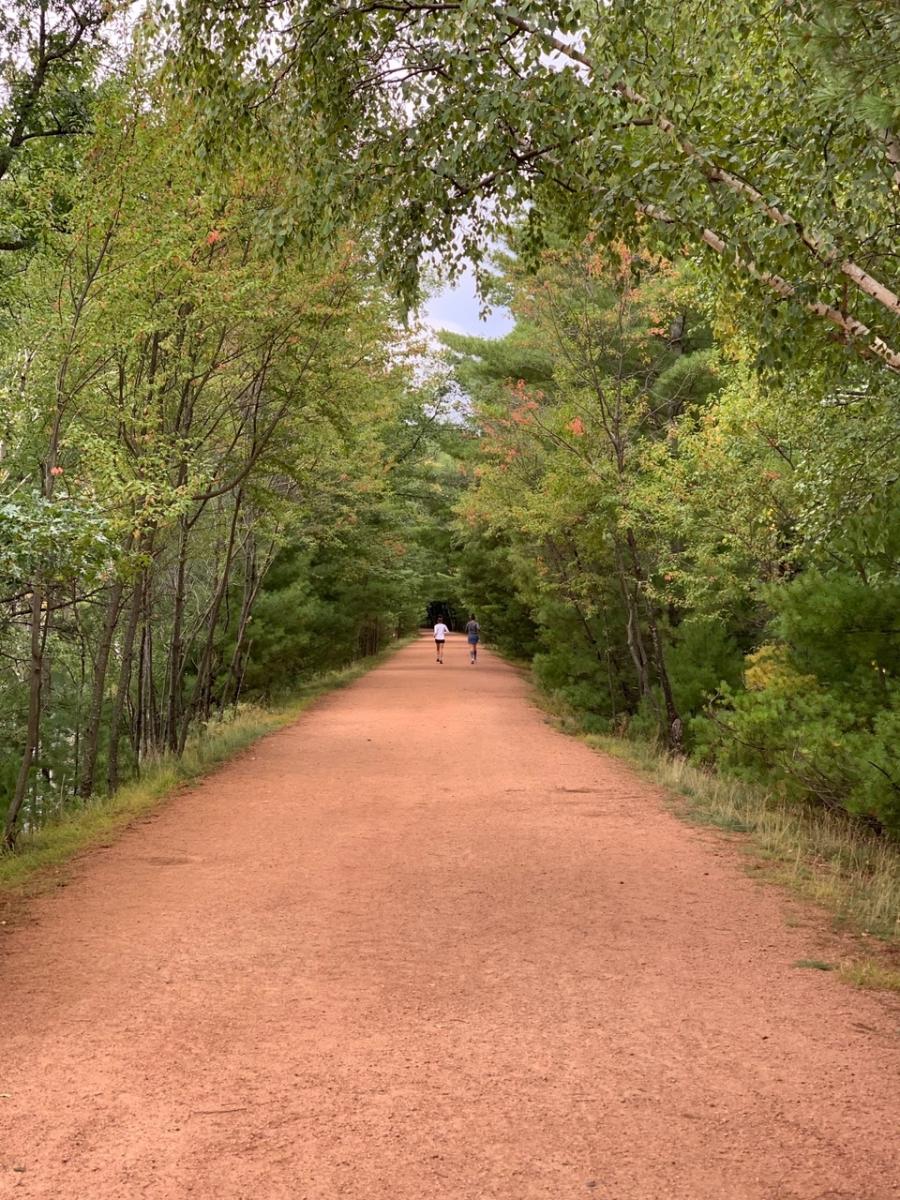 I used the time away as a break from the busy-ness of life. I didn’t even expect to have a mini-vacation; it happened because my husband had to go out of town and he suggested it. Why not?, I thought. I packed a suitcase, a stack of books, and my laptop computer, and a short time later, I was on a six-hour drive to the Northwoods.

I didn’t even know I needed the escape. Like most of us, I’ve become so used to the distractions of daily life, the inundation of information, that it’s just normal. It’s normal to write or read while the television is on; it’s normal to have a cell phone constantly notifying me of a text, a call, or an email. True peace and quiet were foreign to me. Now I know (or I remember) what it’s like to not live a fully “wired” existence. I grew up in a time before computers, cell phones, or cable TV. After my time in the woods, I became aware of how peaceful it is to have a cell phone that basically doesn’t work, and how joyful it is just to read for hours without being interrupted. I thought I’d take the time to write, but I was so enthralled with the books I’d brought that I spent far more time reading than writing. After being out of touch with the world, I had a chance to once again appreciate reading and the outdoors, and I had a wonderful break from the intensity and clutter of modern life.

Reading books with a new appreciation

I took both electronic and hard copies of books on my trip. I hadn’t expected to read everything I’d brought along, but I did. Once I started reading, I let myself go. It was such a rare experience to not have to get something else accomplished that it took a few days to settle into the idea that I could finish several chapters at once or read until noon, even. It was such a pleasure that it reawakened my appreciation for the simple act of reading. I’ve always said that reading is exercise for the brain and I experienced that; after finishing a book, I felt refreshed, invigorated. I read both fiction and nonfiction books. The fiction stories were for my entertainment; the nonfiction books were for self- 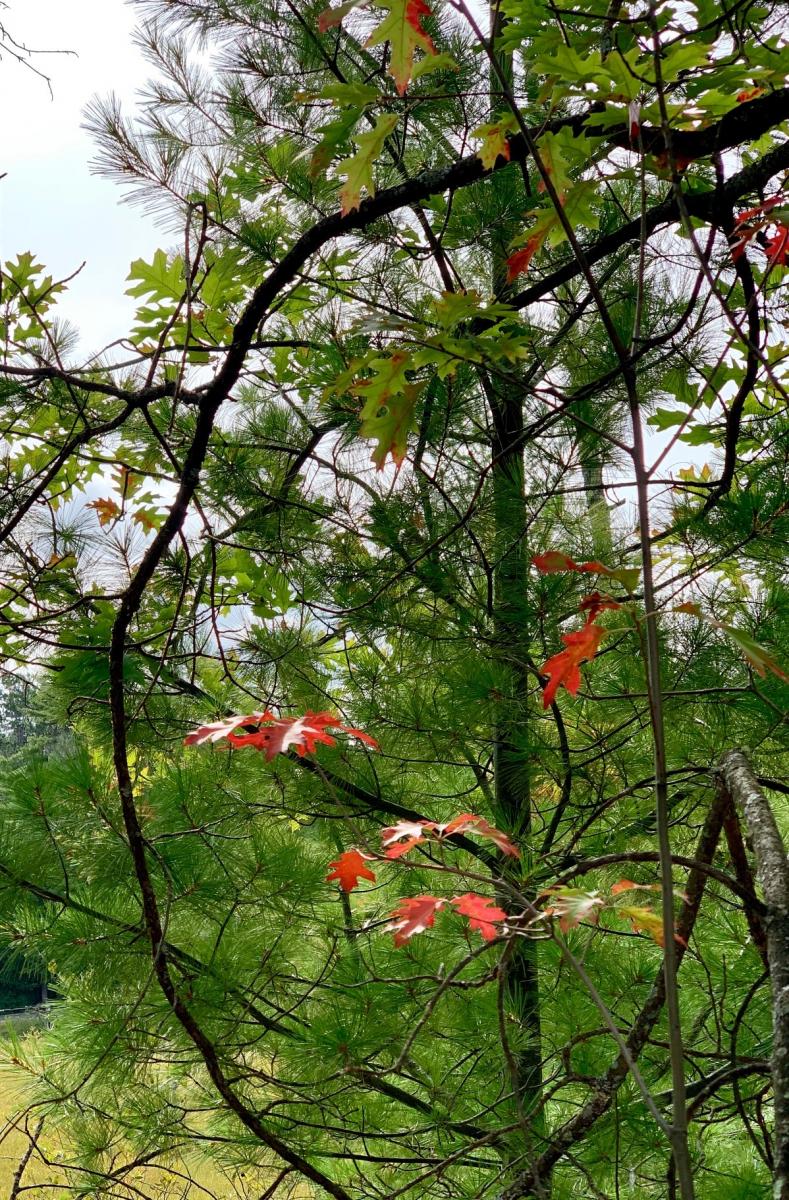 improvement. All of them gave me something to think about, and on my daily walks, I contemplated what I’d read.

When I wasn’t reading, I was walking. Once, twice, sometimes three times a day. After all, there wasn’t a lot else to do! No, I’m joking. There was plenty to do, I just didn’t want to do it. Being on my own schedule was so relaxing that I didn’t want to break the spell. I had stopped at a grocery store for supplies so there was no need to dine out, and I was enjoying time with my own thoughts about books and writing. After a few days of quiet walks, I found the muscles in my shoulders and neck were more relaxed. I could have taken an exercise class at a great studio near my cottage but instead I walked leisurely until I stopped. Then, after a while, I’d start walking again. I think a toddler could have beaten me in a foot race. I took photos and appreciated stunning views. I stopped to watch eagles soar through the sky, and I may have stopped long enough to watch a summer-green maple leaf turn bright red.

It was so rare for me to just enjoy the scenery. To describe it, I’d say I was living in the moment. After I understood that was happening, it became wonderful. 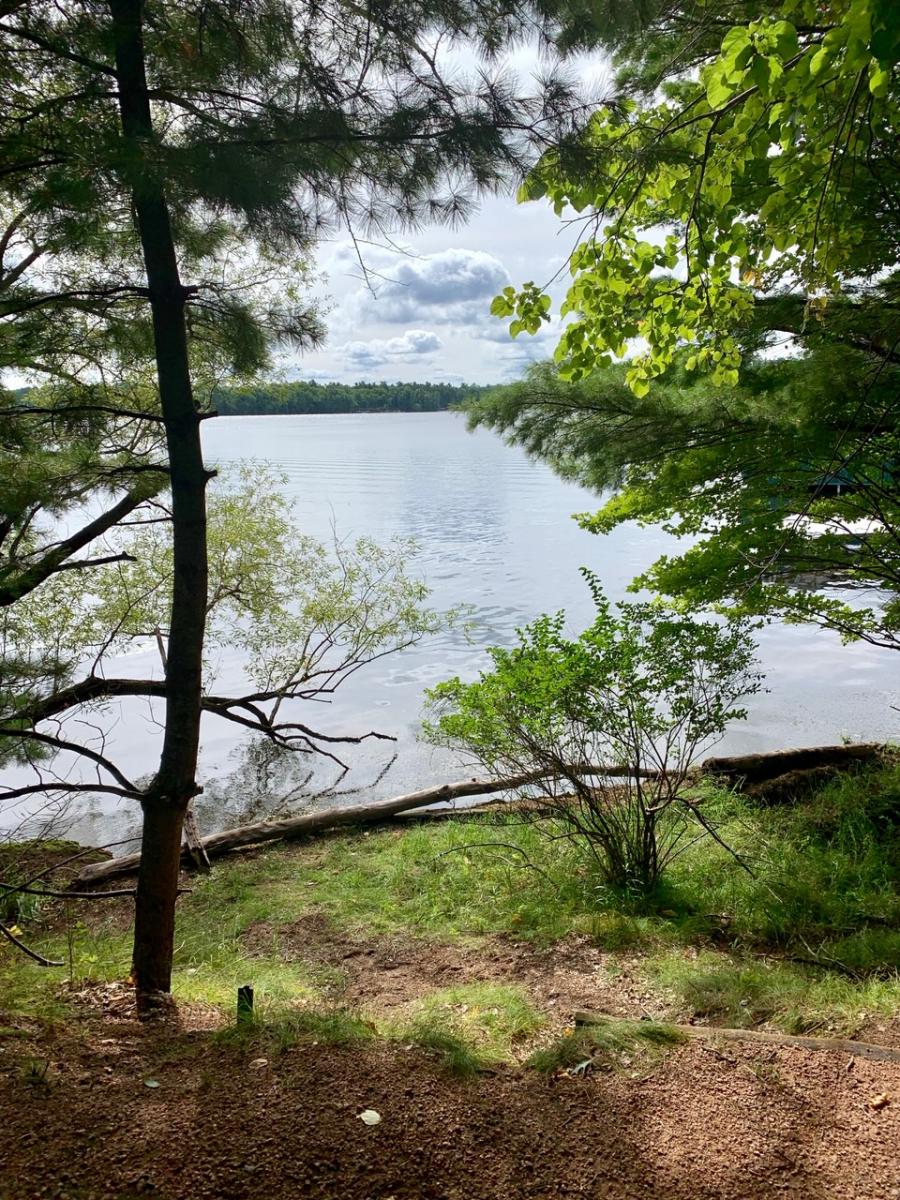 As I said, I didn’t know I needed the break, but after several days without distractions, I realized how refreshed I felt. I felt like I had stepped back in time. I grew up in the days without cell phones and computers. I’m not saying those were the good old days, but they were different. I loved to read when I was young. Books were my entertainment. I enjoyed being transported to different worlds via the written word; I enjoyed stepping into another person’s point-of-view, whether it be a character’s in a novel or an author’s in a book. I credit books for developing my concentration and improving my critical-thinking skills, both of which were revived during my accidental retreat.

I reconnected with God, too. I looked with refreshed eyes at the actual, beautiful world we are blessed with rather than seeing it on my phone via social media images. My mind felt less encumbered with to-do lists and deadlines. My shoulders felt lighter and the cool air felt good on my face. No matter what else was happening in the world, I felt okay, secure in knowing that moments, just snippets of time, are all that we have and God is the one who truly is in control.

Whether it’s for an entire week or just an afternoon, I hope you can disconnect from dings, beeps, and flickering blue light to appreciate this beautiful season. Autumn goes by too fast in our state, sometimes it’s just a few weeks of brilliant color and then winter storms in with gray skies and snow. As autumn begins, I recommend telling loved ones where you’ll be, and then turn off the phone, shun TVs and computers, and take joy in your surroundings. Breathe deeply, study a tree or the sky, and be still, trusting that single moments are truly all we have, and that’s okay, it’s the way it’s supposed to be.

I wish you a peaceful, blessed autumn season. I know this type of greeting usually is offered at Christmas, but that time of year is full of its own stress and demands.

Be in the moment, and happy fall, writers.