I spent August 8 - 11 at the Gaylord Texan Resort in Grapevine near Dallas where more than 150 authors signed books, memorabilia, and other keepsakes for 2200+ enthusiastic fans. The authors also presented great information at panel discussions, which I really appreciated as a writer. This is primarily a charitable event and while final numbers are still being tabulated there will be between $70,000 and $80,000 donated to amazing charities doing great work. 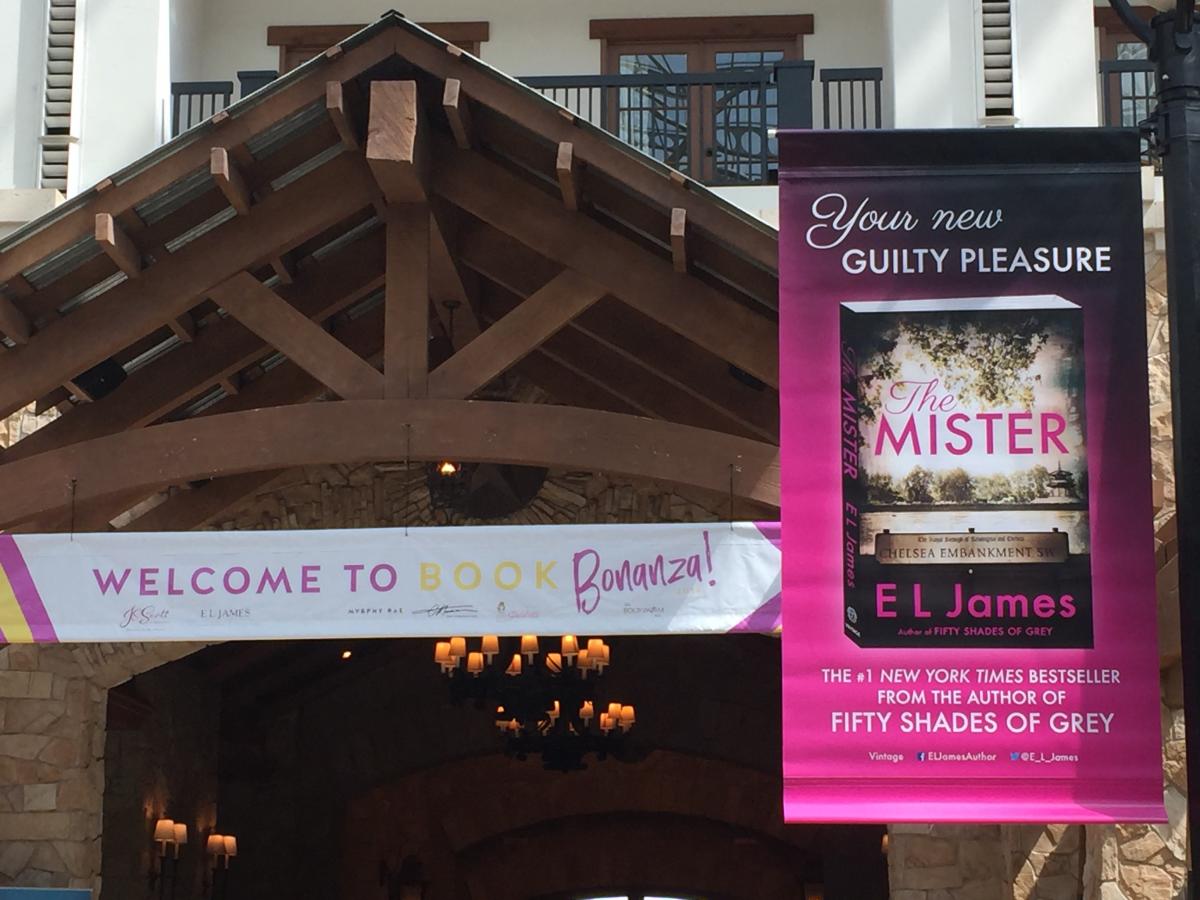 (By the way, the pic above is indoors . . . inside the vast atrium of the Gaylord.)

If you’ve never heard of Book Bonanza, here’s the scoop: 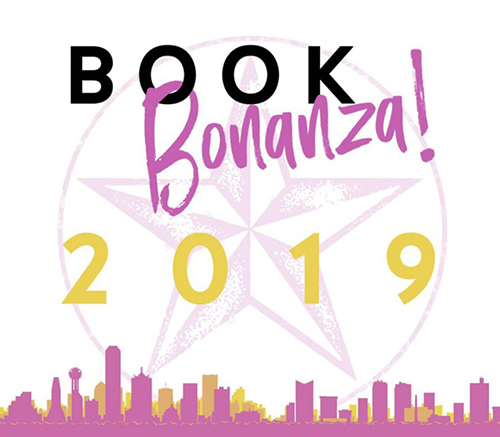 Book Bonanza is the creation of Author Colleen Hoover and her sisters, Lin Reynolds and Murphy Rae.  They dreamed of an event where readers could meet their favorite authors and also raise money for charity.  The first Book Bonanza was held in Denver, Colorado and raised over $50,000 for SafeHouse Denver. You can learn more on the Book Bonanza Website.

What’s missing from that description is the FUN. A crazy amount of fun. I haven’t laughed this much in this short of a period in sooo long. Everyone was delightful and friendly and polite! The authors were gracious and generous—even after long hours at their signing tables. There were giveaways, and I was lucky enough to win the ARC of Colleen Hoover’s “Regretting You” to be released on December 10. LUCKY ME! 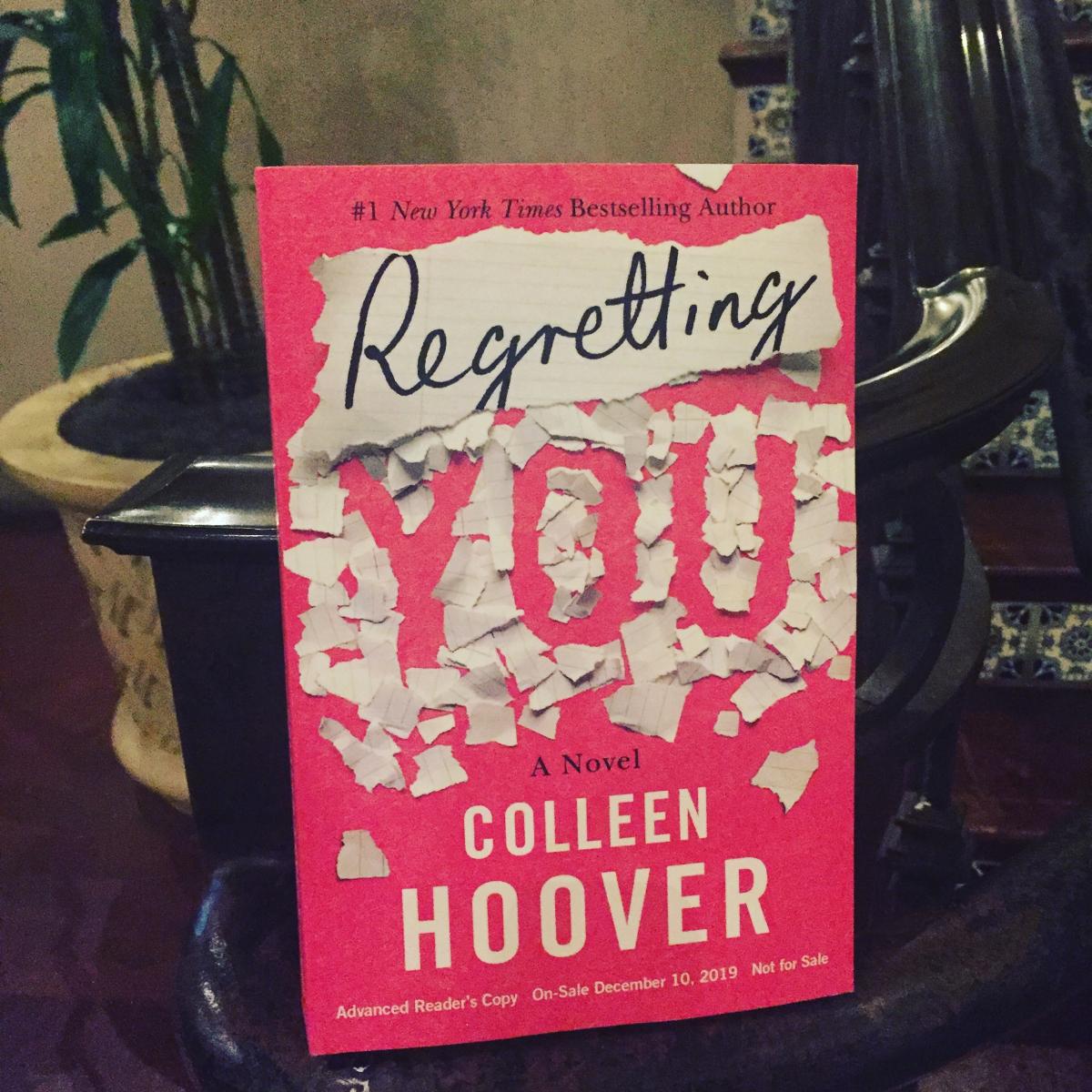 And there were unicorn volunteers, a cupcake room, book scavenger hunts, lots of balloons, and books everywhere!! 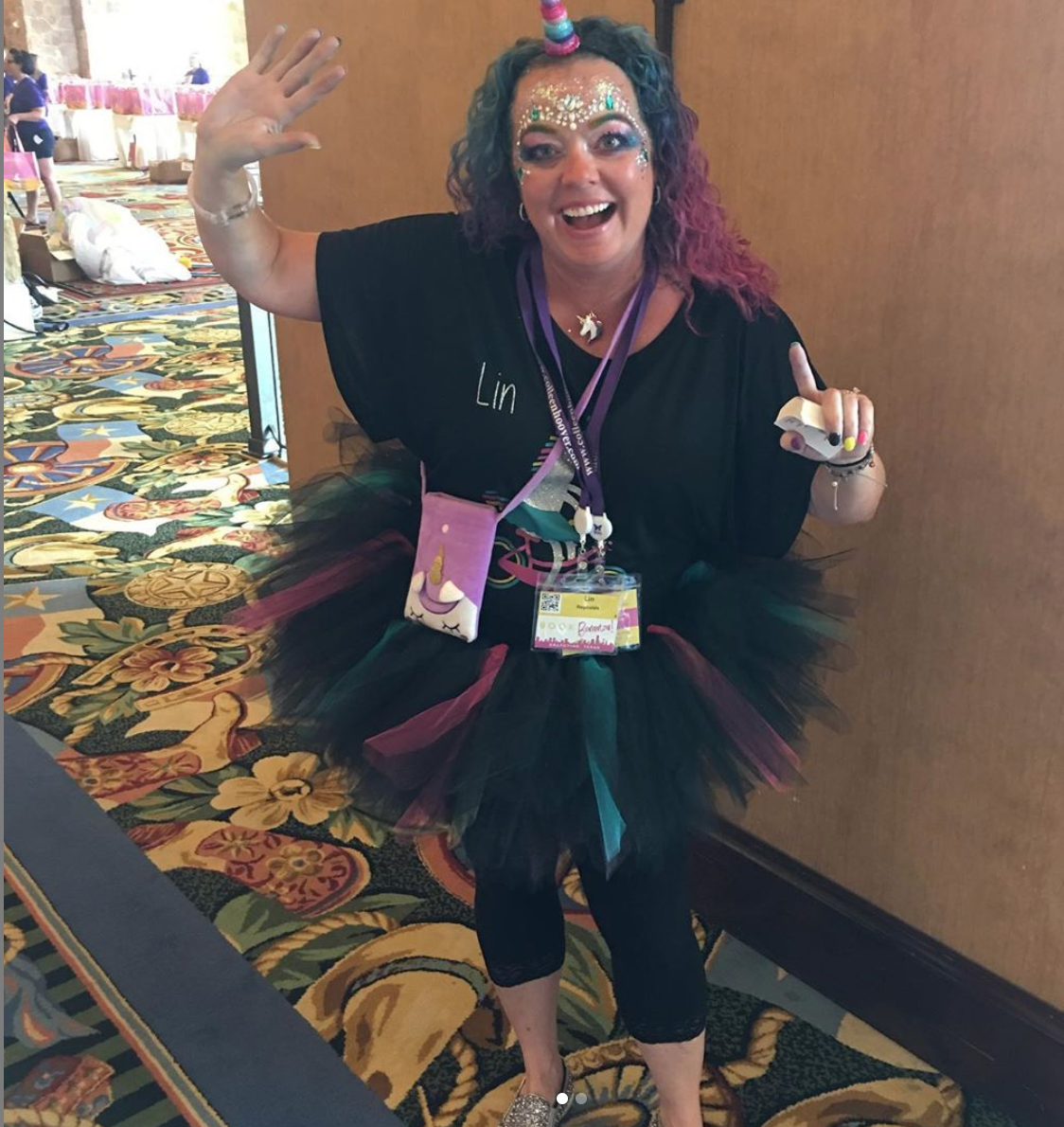 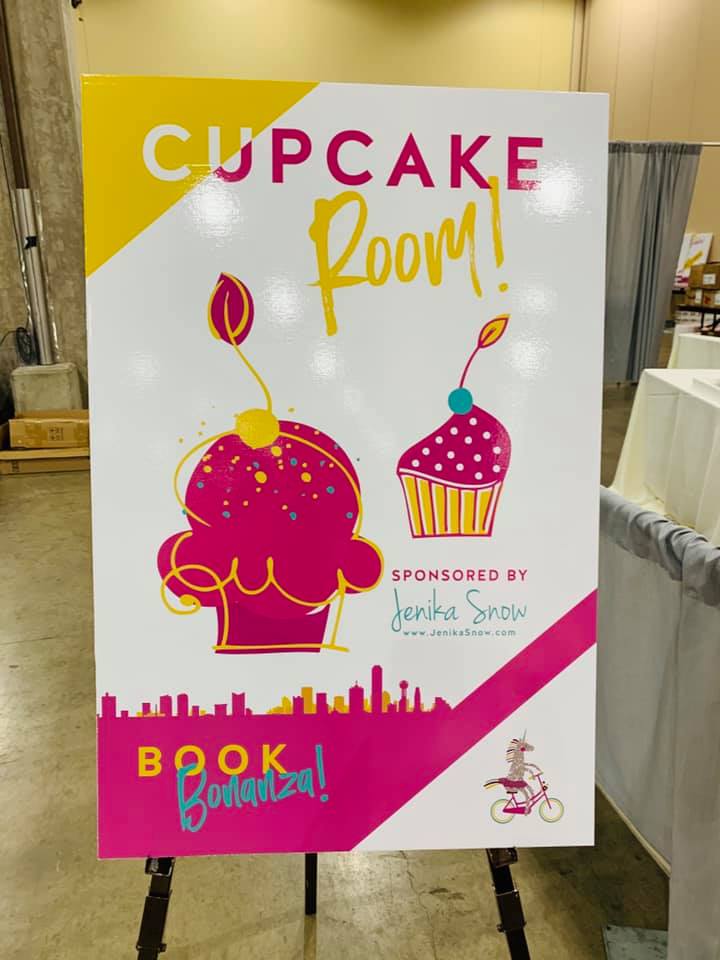 Many people came with a huge amount of books to be signed that they wheeled around in carts of one type or another. I decided that with reading so much lately on my e-reader, it’d be better to have a canvas to sign. 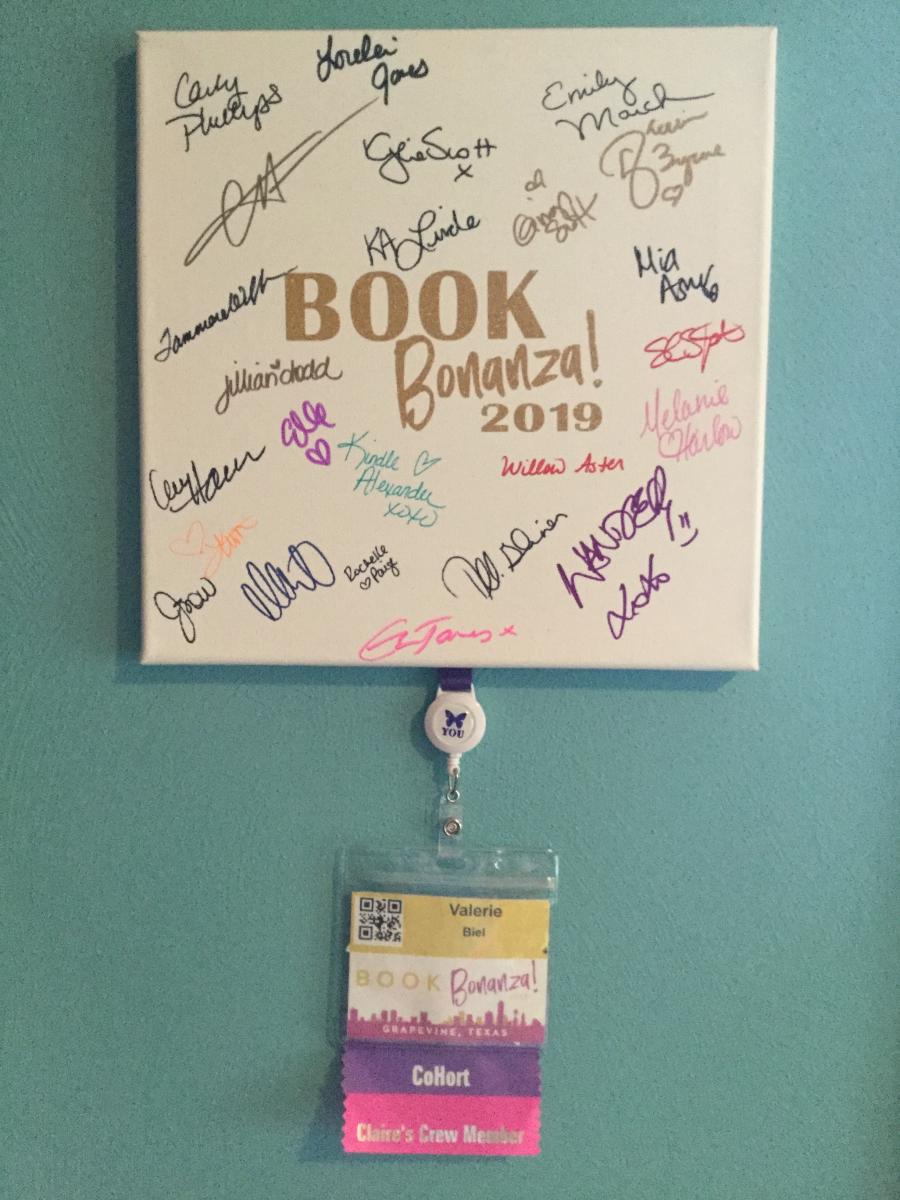 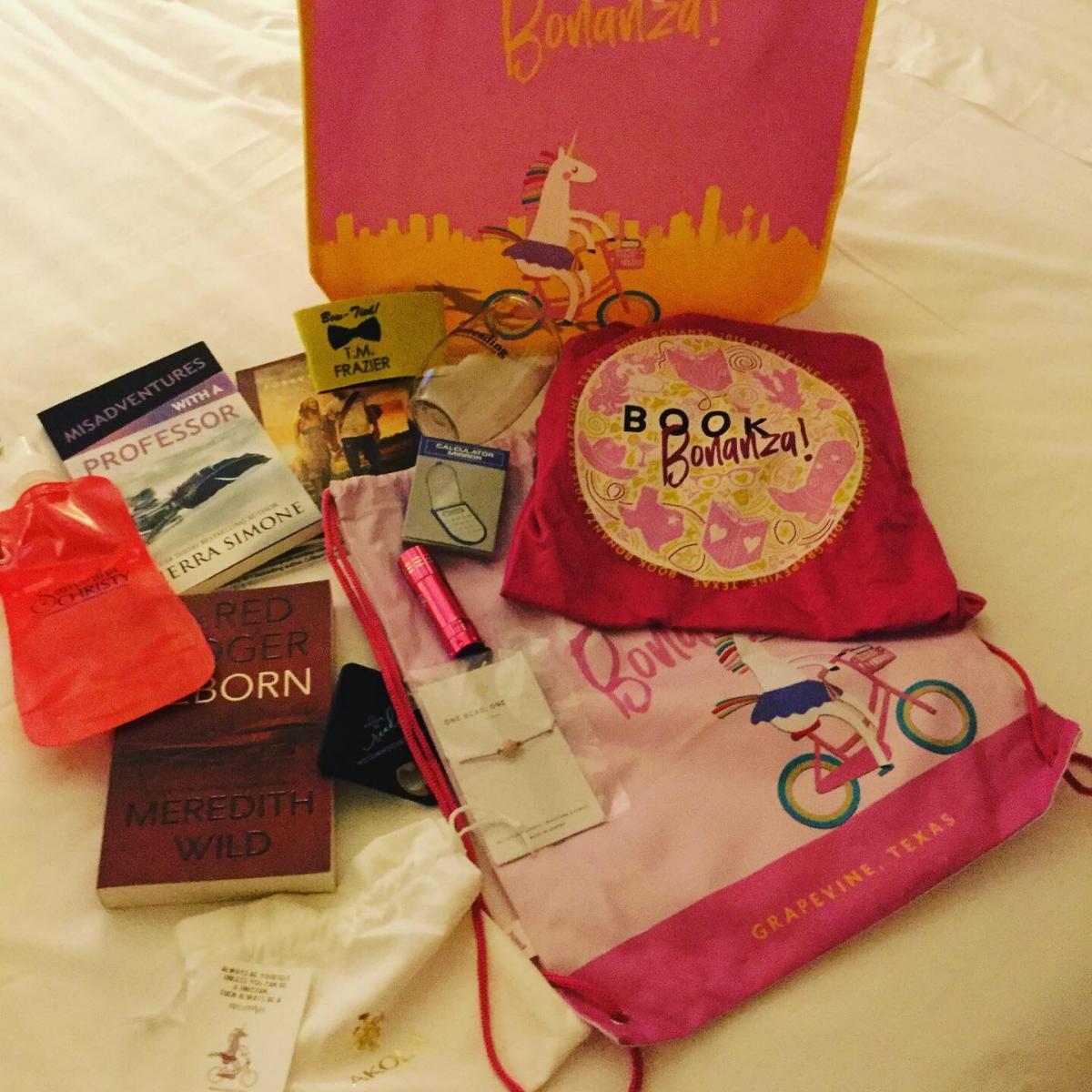 And we got a ton of swag . . . first there were the freebies in our bags at registration and then every author had goodies to give away, too. I was just able to get my suitcase zipped for the trip home. This pic shows only a partial amount of what I brought home.

I was in awe of the vastness of the Gaylord Texan facility . . . yes, everything IS bigger in Texas, including the pattern on their convention center carpet. 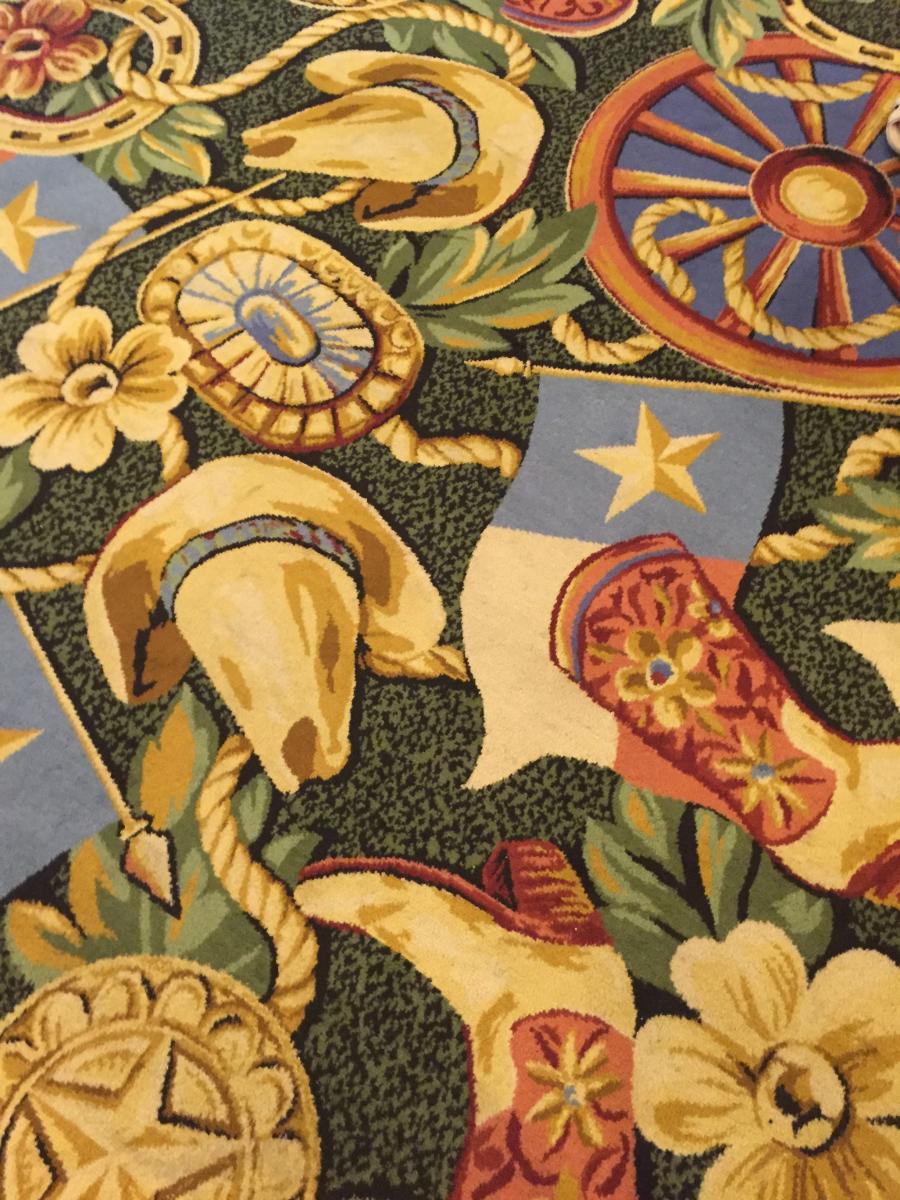 The closing ceremony may have been the funniest thing ever with a number of well-known authors either lip syncing or proving their vocal talents with karaoke. I was seriously impressed.

I have never been to a huge signing event like this, but while my feet are still recovering a bit from standing so long on the cement floors of the convention center, I am so glad that I went. Book Bonanza 2020 will be back at the Gaylord Texan in August. The tickets go fast, so if you’re interested in going, you should join the Book Bonanza Attendee Facebook group to get notifications.

The Second Draft, Revision: What Does the Reader Want? with Tracey Kathryn
Speaking Engagements for Authors: Why, Where, and How
Advertising Your Books Part Three: Amazon Ads
Wisdom from the Publishing World with Greg Renz
Writers' Forum - May 2021