Building Suspense as a Writing Exercise

Use suspense techniques to strengthen your writing.

The modern world is one of immediate gratification and this phenomenon is reflected in entertainment and media sources. For example, in the genre of mystery writing, a murder almost always happens within the first few pages. In screenwriting, the main idea or theme should be delineated by the third page or the first few minutes. On a website, the “hero” message should be at the top of the site; otherwise, viewers will click elsewhere.

In September, I discussed the benefits of exercise as a support to one’s writing. This month, in honor of October, the spookiest of seasons, I offer ideas about suspense and how its techniques may boost one’s writing, no matter one’s preferred genre. 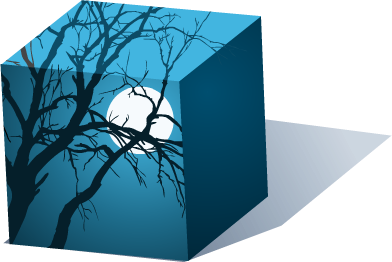 Modern mysteries are formulaic. (Note: I make no observation about whether that is good or bad, it just is.) Writers, especially new writers, are directed to kill someone or offer a crime within the first pages lest readers become bored. Whereas, building suspense is old school: At its best, a likable character is introduced, emotional connections are built, and then tension is increased and the protagonist is dumped into an antagonist’s world of impossible dilemmas. The crime or major offense occurs well into the story. This structure requires artful writing in that emotional connections (rather than a horrific event) is the bridge between character and reader. Arguably, building that bridge requires stronger writing skills and a higher knowledge of craft.

I assert that suspense writing offers fantastic opportunities to improve one’s craft, no matter the preferred genre: First, suspense writing demands establishing an emotional connection with readers; second, it offers multiple points of view; and finally, it requires delicate weaving of backstory into the narrative.

In an immediate-payoff mystery format, the “why” of a crime is less important than the action of solving the crime. Often, a murderer’s motive is revealed in the denouement. A few paragraphs or pages are offered about the criminal’s intent and then the focus of the story returns to the crime solvers rather than the criminal.

In suspense, a bridge must be established between reader and protagonist; a connection must be made with the hero; otherwise, readers won’t care what happens. Methods to create this connection include:

Create a character who is both likable and flawed, and put him (or her) in a world that fascinates. Create a protagonist who possesses something your target reader can identify with: An age, a job, a certain “look,” a sense of humor, a life perspective, or even a pet. Anything that will draw a reader in; remember, you’re not pursuing all readers, just those who enjoy books in your genre or sub-genre.

As an exercise, list the traits that would attract your target readers and create a character who has a few of them. After that, incorporate a fatal flaw that will be used to hamper your main character’s life. For certain, that flaw will impact the story. Your hero’s fear of water will definitely put him in a boat somewhere with bad guys threatening, right? Further, the world that your hero lives in should be somewhere where you want to be: What makes this world unique? Is it busy? Isolated? Beautiful? Think about it. Use this exercise to let your mind wander, then write a page about this character and the world he or she resides in.

Suspense requires writing multiple points of view in that the reader must be connected to both the protagonist and antagonist. To maximize pressure on the good guy — which is what creates great suspense — it’s necessary to know the motivation of the bad guy. Further, the bad guy can’t be all bad as that would be a caricature and not believable. The bad guy has to have sympathetic traits to make him or her seem real.

As an exercise, free-write a page or two about each character’s history, considering both points of view. Remember, the purpose is to build an emotional connection with the reader.

As I’ve mentioned in previous blog posts, weaving backstory into the narrative is a delicate process. Too much and the forward momentum lags; not enough and the reader is left with unanswered questions that can be frustrating or cause a disconnect. When writing suspense, the purpose is to build an emotional connection with the reader; thus, knowing the motivations of the protagonist and antagonist are vital. A brief history of character-affecting events should be included in the story. A good process in this regard is to write a history of each character and include bits and pieces of it only after the first draft has been completed. Write the story without asides, flashbacks, and comments or paragraphs about previous events — it takes practice! Just get the story on the page without them. After the first draft is complete, upon revision add only what is necessary to connect the dots to get to the why of the characters’ behaviors. (Weaving backstory is a process that may be easier if a second set of eyes reads the first draft and offers feedback about where the holes are.)

As an exercise, using the histories you composed about the protagonist and antagonist, circle five important events or traits that affect their behaviors. Rank them. Which of these does the reader absolutely need to know? Is it possible to drop one or two? If you can reduce the list to three, you’re on track. Anything more than that likely is unnecessary.

The suspense-writing techniques that establish an emotional connection with readers are worthy of consideration. The exercises described above shouldn’t take more than a few hours; it’s something to do on a rainy weekend. And, as always, I recommend contemplating these ideas while on a walk or a bike ride.

Next month, I’ll talk about why I’m thankful for being a writer.

The Now Novel blog is refreshingly simple; the blog post titles are succinct and the website itself is easy to navigate. It’s worth a look if you’re searching for an all-inclusive site that offers a myriad of ideas. Happy writing!