Critique Groups: What to Expect While Building Trust

Welcome to our new normal, writers. April is a time for showers and flowers. Except this April, which has been a time for tears and fears, unfortunately. My heart goes out to those who have suffered directly from this terrible illness. I pray for those who have lost family members, friends, and neighbors. I extend a heartfelt thanks to the brave front-line warriors who are attending the sick, hungry, and suffering.

Writers write about moments like this. It’s cathartic to tap thoughts on the keyboard—and it’s okay to disregard structure, thesis statement, and plot outline. It’s one of the few times I advise my writing students to just write rather than have productivity or goals in mind. Get the fear, anxiety, and pain on the page. Purge emotions so clarity will find you, the writer, rather than the other way around. Sometimes events are so overwhelming that it’s better to allow emotion to rule rather than an outline or a plan. Eventually, clarity will show itself on the page like invisible ink revealing a secret code. Write enough and one’s biggest fears and anxieties will become apparent.

By identifying them, you can master them. Or feel more in control of them, at least. That’s what is so helpful about writing. Writing thoughts on the page is a cathartic exercise that gets overlooked. In times of stress such as the one we’re all experiencing, I suggest writing, stretching the muscles, and walking. Do them all regularly during this difficult time, if possible. 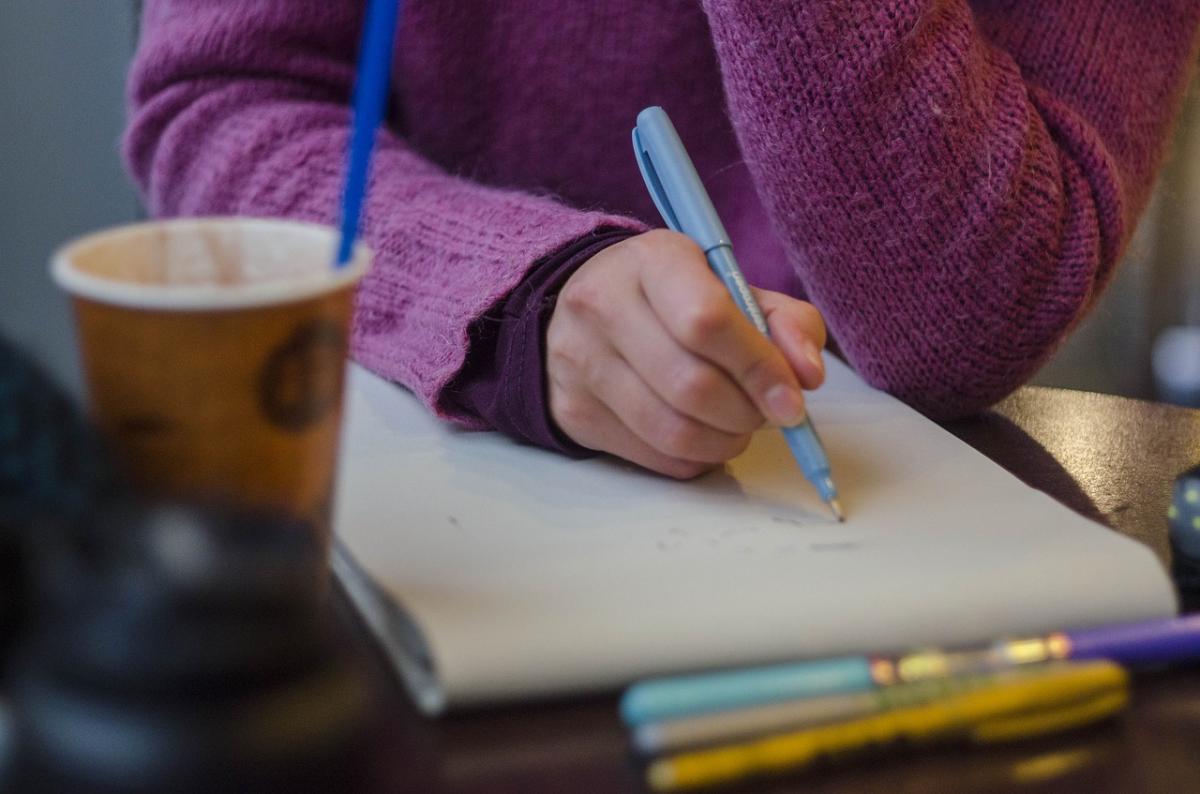 In addition to stream-of-consciousness writing, this could be a time to pen (or edit) the short story or novel you’ve dreamed about. Good! If so, joining a critique group is part of the process. What should you expect? If you’re new to a writer’s workshop or reading group, how can it be made most effective?

I’ve been involved in many writing groups, some more helpful than others. For commercial fiction writers who are new to a workshop group, I have suggestions.

► First, be specific about what’s needed from critiques and avoid off-topic conversations.

► Second, compliments are good, but balanced critiques are better.

► Finally, listen to the feedback that’s offered rather than defend—and building trust is a key feature in an effective group.

When a draft is submitted to the group, include comments about what’s needed from the reviewers. If it’s formatting help, ask for it. (Preferably, your commercial fiction work is composed in a standard submission style so it doesn’t have to be re-formatted for submitting to an agent or publisher.) Don’t be offended if the group has submission rules such as requiring work to be submitted in double-spaced pages. Yes, perhaps you will self-publish. Yes, perhaps your work is so good it supersedes any type of boundary, but readers like boundaries. And you’ll save a lot of time by writing in a format that is commercial fiction industry standard.

It helps beta-readers if they know the feedback help you’re seeking: What are your questions? Do they concern the first page and the story question; the inciting incident and structure of the first chapters; and the emotional resonance of the main character? If not, they should. First pages are critical in engaging an agent and readers. All writers working in commercial fiction should be obsessed with first pages. A great site for getting feedback is Flogging the Quill. Submit your first page for feedback. Don’t be alarmed by being flogged, either. It’s good practice for those unforgiving Amazon reviews!

Other concerns could include extra words, dialog tags, and descriptions. For commercial fiction, those things matter. Ask for superfluous words to be red-lined by your readers. You’ll be surprised by how lean your writing will become by having a fresh pair of eyes strike extra words.

What is not needed in a critique group are comments about politics. Unless you’ve joined a group that has identified itself with a particular political ideology, please avoid politics. Focus on writing and supporting one another’s work rather than descending down the rabbit hole of politics. Writing feedback time is too precious to be undermined by distractions. (Note: I’m not saying your characters can’t be political. Just don’t alienate others in the group with your personal politics.) And if that doesn’t resonate, think about the additional time that any off-topic conversation eats up. If a writer’s group has ten members and all writers have submitted pages for review, each review could take at least ten minutes. Meetings can stretch on, and few of us have time for three-hour meetings.

Also, the last writers in the critique queue often get overlooked. If the meeting has dragged, attendees get restless and comments get rushed or neglected. It’s good practice to change the order of review so those who were last in the previous meeting are offered first position for the next one.

It’s okay to offer negative feedback. And it’s okay to hear negative feedback. More on that below. And while compliments are encouraging, real writing assistance occurs in balanced feedback. If a writer’s first few pages are not working and the story question isn’t apparent, comments about it should be offered. For commercial fiction, those are major issues that every writer needs to address. Other helpful comment areas are the components of story as outlined by Larry Brooks. Writers need to hear feedback about their voice, their protagonist, and scene structure. If you don’t feel qualified to comment about all elements nor have the time, pick one or two story elements, then isolate feedback to those elements. Specific improvements are more productive as opposed to general comments.

Also, remember that studying writing concepts improves your own work. The protégé effect is real and helpful for writers seeking to improve. (For those who are home schooling right now, consider having your students teach something. It’s a fabulous way to learn.)

Keep in mind how to deliver critical feedback. There is such a thing as a compliment sandwich. However, its effectiveness is in question because it can be hollow if it’s not sincere. The key strategy is to balance the information provided to others. That builds trust. Others will know your compliments are truthful because you don’t just throw them out; rather, they are balanced with suggestions for improvement. Certainly, if someone’s work is consistently fabulous, say it. But even observations about a small thing such as a typo are helpful. Every writer needs a second set of eyes on a manuscript.

When I was getting my master’s, the rule for feedback was that the writer being reviewed couldn’t respond until after everyone had offered his or her critique. It was great practice. Listening and learning were encouraged rather than defense or clarification. The person offering the critique felt less inhibited when offering feedback because he or she wasn’t interrupted unless a specific question was asked to the writer. Similar to balanced critiques, listening quietly during feedback builds trust between the reviewer and the writer.

It’s not easy offering negative feedback to a writer. It is just one person’s opinion, after all. And reviewers’ goals aren’t to discourage someone from writing, it’s improvement. To reviewers, I suggest keeping this phrase in mind: “To improve this work, I suggest … .” Keeping the idea of improvement at the forefront of a review rather than major revision in plot or character gives reviewers a feedback goal that is less about confrontation or negativity and more about writing assistance.

There’s always the writer who can’t take criticism and will defend his or her work no matter what. Usually, the defense includes a lot of backstory. This person will identify themselves quickly. To endure this, I suggest making it easy for all involved. Listen while they defend their work, offer a word of encouragement, and move on to the next person as quickly as possible. Use precious review time wisely. Offer detailed comments to those who appear to accept and learn from it. For those who refuse it, be polite and move on.

Finding a good critique group can be a challenge, but it’s worth it. Don’t be discouraged if the first few groups aren’t a good fit. You’ll find one eventually, believe me. I’ve had lots of negative feedback—I’ve had someone roll her eyes and laugh in scorn to my face during a novel pitch—but I’m still standing. It’s all part of life as a writer.

If you’re writing for emotional support, good for you. I hope getting stressful thoughts on the page rather than clouding your mind provides comfort—and don’t forget to stretch your muscles and walk for a few minutes in the sun, if you can. If you’re tackling that writing project you’ve always dreamed of, I wish you the best in finding a helpful critique group. Remember to be specific when asking for feedback; accept both positive and negative comments; and listen rather than defend.

Cheers to safety and wellness, writers.