I’ve been doing a lot of reading and traveling and not a lot of writing. That will change very, very soon. Like Today!! (This counts as writing, right??)

My family has recently been to Harry Potter World. Wow – just wow! I can’t imagine how wonderful it must be for JK Rowling to see the world she envisioned first come to life in movie form and then as these intricate theme parks. Our family has spent countless hours enjoying everything Harry Potter and were finally able to make the trip to Orlando!

The attention to detail was fabulous. We started at Diagon Alley and rode Escape from Gringott’s first. This turned out to be a good move as while we were in line (45 min wait) the wait time rapidly doubled for those behind us 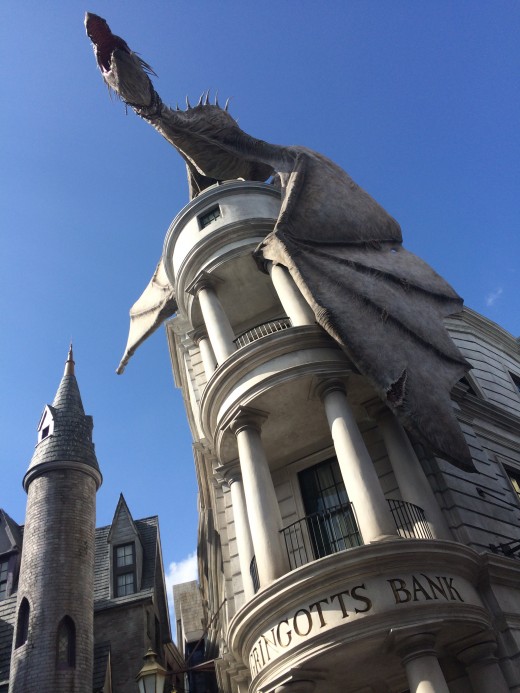 to 1.5 hours.  The shops of Diagon Alley were wonderfully imagined from the details of the books from robe shopping at Madame Malkin’s to tricky items at Weasleys’ Wizard Wheezes and the not-to-be-missed Ollivander’s for wand shopping. You can buy interactive wands that allow you to swish and flick in the correct pattern at marked locations around the park to activate certain special effects, like animating window displays or shooting water out of a fountain and unsuspecting park-goers. 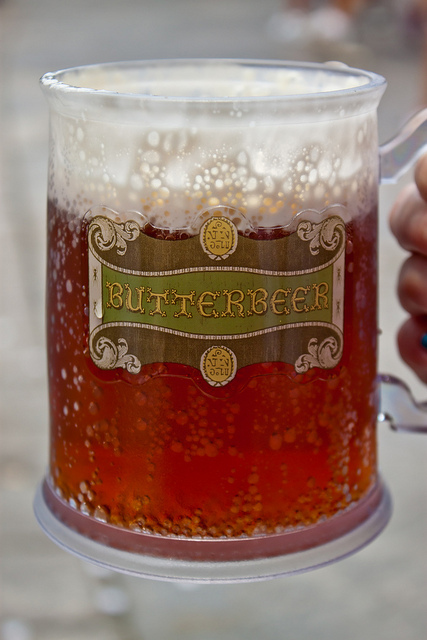 Oh, and the butter beer—do not miss the butter beer. Yum!  (The best way to describe it I think is like a very creamy cream soda.)  After a quick peak at the night bus, we hopped the Hogwart’s Express to ride to Hogsmeade in Universal’s other park. 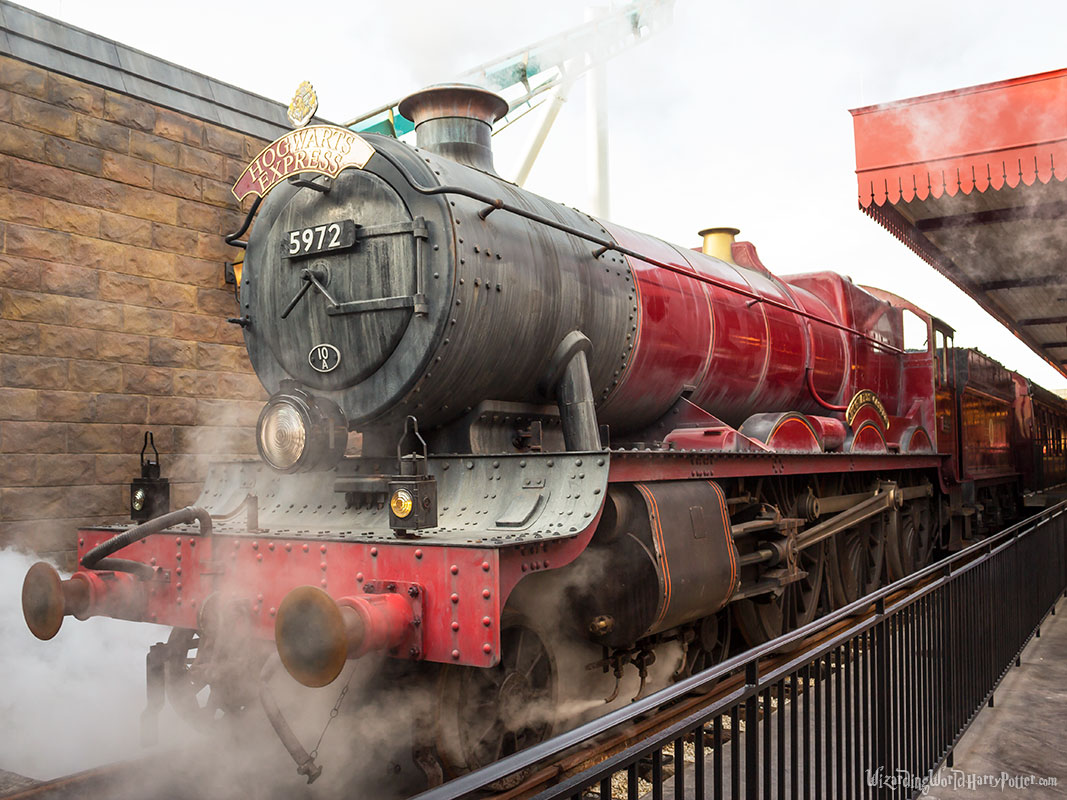 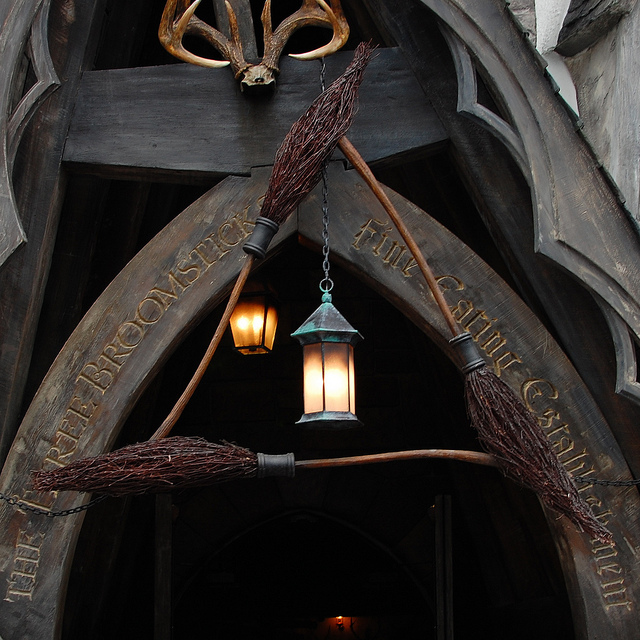 After a surprisingly delicious and not completely unhealthy meal at The Three Broomsticks we (perhaps somewhat unwisely) decided to ride the Dragon Challenge—a high speed, looping roller coaster where coaster cars pass each other on intertwining dual tracks. This is a fabulous ride but made us all quite dizzy, causing a fair amount of swaying as we attempted to walk away. (Everyone but myself returned for a reprise later in the afternoon.) The streets of Hogsmeade are as enchanting as Diagon Alley. I highly recommend a visit to Honey Dukes for sweets of all kinds. A combination of chocolate and what reminded me of Pop Rocks was a unique, fizzy treat.

And finally, after a very long wait (this was our fault for visiting between Christmas and New Year’s), we rode the famed Harry Potter and the Forbidden Journey. About half of the wait wound through interesting areas like the greenhouse and the castle interior where you moved from hallways to Dumbledore’s office to classrooms and finally to the ride entrance.  (The interior of the castle has so many details—I wouldn’t have minded spending more time in line in those rooms.) The ride itself is fabulous, beginning in the Room of Requirement a sprinkle of floo powder helps you on your way out of the astronomy tower. Flying around the castle you are chased by Hagrid’s dragon and enter the forbidden forest, meeting Aragog and waaay to many of his spider family. A good hit by the Whomping Willow sends you straight into a Quidditch match where you briefly join the action before Dementors arrive. Falling into the Chamber of Secrets the battle with Dementors continues until Harry Potter releases his Patronus Charm. You then finish by flying over the Black Lake and up the Grand Staircase where various characters cheer on your victory before you return to the Room of Requirement and exit the ride.  Phew!!   Awesome, awesome ride. If the line had been shorter, we would have ridden it again and again. 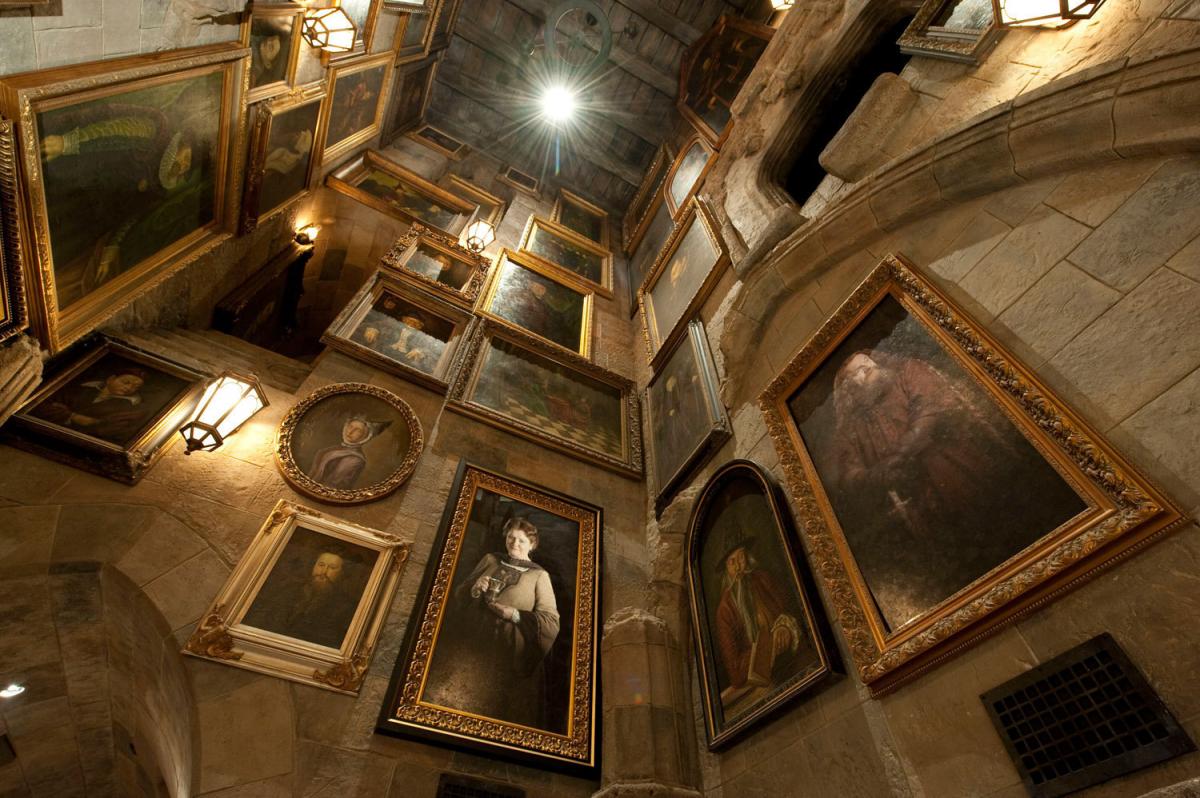 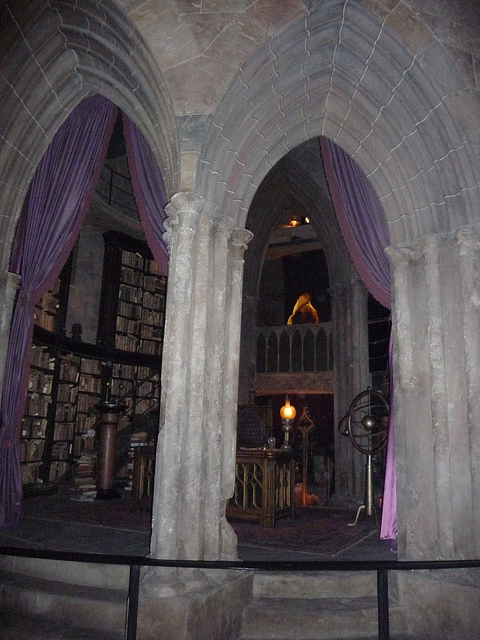 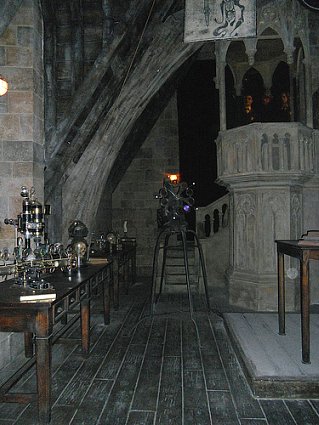 So check that one off the list—but maybe not—I can’t wait to go back when the crowds are smaller. Who else has been to Harry Potter World? What did you think of it??