How to Include Spells, Sparkles, and Special Powers in Your Magical Stories

For the past two months, I’ve written blogs about using Pinterest to build an author’s social media presence.

But October deserves an especially scary post: Who’s writing a novel during the spookiest month of the calendar? (Besides April—tax month—that is!)

I write cozy mysteries, mostly. The Backyard Model Mysteries are on submission to publishers. While waiting to hear good news, I dug out a half-finished manuscript to complete. The genre was new to me: magical realism. While I adore the category—who doesn’t want to give their characters a power boost?—I didn’t know the best ways to weave magical skills into the characters and plot.

I researched ideas and put them into practice. Now, to celebrate October, I’m sharing tips about using magical powers in the paranormal, or magical realism, genre. 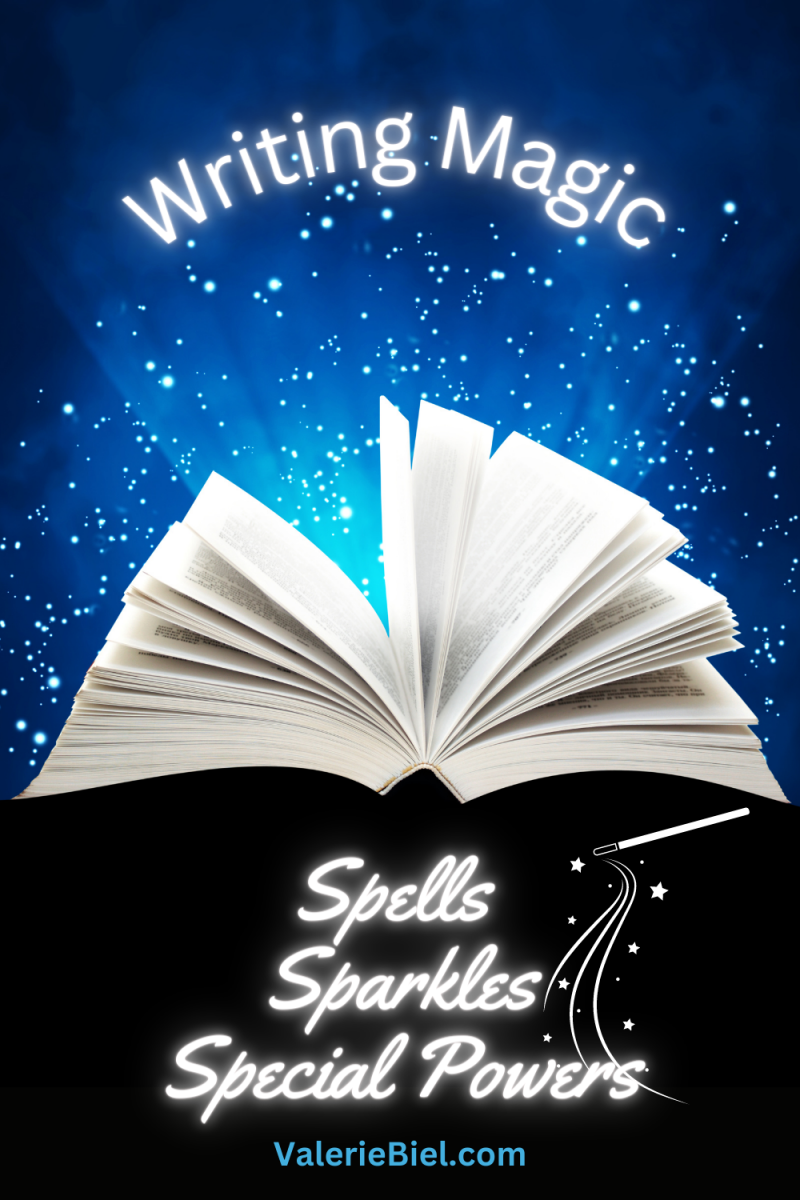 •   Use magic to underscore character traits

•   Troubleshoot conflicts that could affect readers

Determine baseline reality; use the power of irony

Paranormal powers in the magical realism genre are different than fantasy-novel powers. The keyword is realism. Fantasies are just that: Out-of-this-world experiences where almost anything can happen. But magical realism means the novel is set in reality. Laws of physics apply. Time and space are relatable to readers.

Give readers a solid foundation of the world where the novel resides: Plot it in a specific time or decade and a particular place. Offer relatable, everyday events. Let readers feel comfortable in the location. Then, offer a hint of the magic to come. Use irony by contrasting normal behavior with paranormal powers. I believe the strategy is more effective than hammering the audience with scene after scene of magic.

The television show Bewitched worked because Samantha’s powers were offered in small doses. The suspense of knowing she had special powers was always more interesting than watching her use them.

The first book of the Harry Potter series was delightful because Harry’s world seemed normal. Odd, indeed, but understandable. But I was hooked when he sought the platform 9-and-three-quarters at the train station. Brilliant!

It’s up to you as a writer, but the magic powers awarded to characters can highlight their personalities. For example, in my novel, the main character is a gentle soul. Thus, he has one simple, sweet magical power and uses it sparingly. And, when he encounters his love interest, it goes awry for mysterious reasons. Also, an antagonist character, a fellow who causes problems throughout the book, is obsessed with the weather. He can’t control it, per se, but he uses storms to his advantage.

I read a paranormal mystery where a ghost dog assisted the main character with solving whodunnits. The writer gave the dog powers to magically appear in scenes; the hound could jump through walls and doors. But the dog also had the body mass to sit on the furniture.

The conflict between the animal’s power and the laws of physics was a distraction; it yanked me from the story. It’s arguable but a fantasy genre where laws of physics are bent is one thing; a mystery that’s supposed to be set in reality is another.

The purpose of incorporating magical skills is to delight readers, not confuse or frustrate them. Give your characters powers to boost their brainpower or physical skills but don’t overshadow their human qualities. Bestowing superhero magic on characters overrides plot twists, proper pacing, and deft writing.

So, if you’re giving the paranormal category or magical realism genre a try, consider these ideas:

•   Determine the novel’s baseline reality; use irony to enhance the story

•   Use magic to underscore character traits

The August and September blog posts discussed Pinterest and how it can help authors. Check them out and follow the pages of Valerie Biel and T.K. Sheffield. We’d love to get to know you.

Upcoming Conferences: Plan for Next Year

I acquired a literary agent in part by attending conferences. I wrote about it on Valerie Biel’s blog here.

Writers can’t exist in a vacuum. Like actors, we need feedback and guidance for our creative endeavors. If travel is a problem, consider one of the many excellent online opportunities. NOW is the time to sign up for 2023 events. (But here are some opportunities remaining for this year.)

If this October blog about magical realism shall offend,

Think this, and all is mended.

So do not think twice.

Do not worry, do not scream.

The Backyard Model Cozy Mysteries: A retired fashion model uses her skill at spotting posers to solve murders in her touristy Wisconsin town. (The first book in the series is on submission to publishers.)