How NaNoWriMo Rescued Me

The Anatomy of Not Writing a Novel & How NaNoWriMo Rescued Me

I’d never been much of a fan of National Novel Writing Month (NaNoWriMo) for two reasons. The idea of writing 50,000 <<quality>> words in one month didn’t seem possible, and the ‘rule’ that it had to be a new novel with no previously written words didn’t mesh with my schedule anyway. Easy to dismiss. “Pish posh” as Mary Poppins would say.

And then . . . I was at a writing residency at Write On Door County in 2019 and wrote 20,000 words in 6 days.  I started to think that I’d been wrong about the impossibility of 50,000 words in 30 days. In fact, I realized that immersion in the story I was creating helped me write some of the best chapters I’ve ever written.

But a few months after this writing success in early 2020, the pandemic changed things in so many crazy ways. The author services side of my writing life exploded (like in a good way.) People who didn’t previously have time to devote to finishing or publishing their work, now had time, and they reached out to me for help. I was also freelancing as a book marketer for a British Columbia author services company. Thus commenced 14 months of nonstop book promotion work for 30+ wonderfully talented authors. Seriously, some weeks I worked 60+ hours, but it was a labor of love helping other authors get their books into the hands of readers.

But not a lick of new writing got done on that novel. I wrote blog posts and some short stories and flash fiction. I edited a previously written novel and rewrote some scenes. But I also wasn’t in the right place creatively to tackle that work in progress—after all—I was very busy finishing all of Netflix and a goodly portion of HBO, Starz, and more.

Late in 2021, I started writing new chapters sporadically, but then felt that I lost my oomph. (Yes, losing one’s oomph is a diagnosable condition.) In truth, I needed to take a step back and rethink my plot. I was writing a new genre—murder mystery—for the first time, and my writing was now feeling very tentative compared to that first 20,000 words that had me over the moon. (We all know that writing is like that with crazy highs and lows.)

In the meantime, I rewrote and expanded a standalone middle grade novel and added chapters to a nonfiction book proposal, also for middle grade. I WAS writing, (she says emphatically in her defense.) Just not the thing I was supposed to be writing.

Finally, Door County worked its magic again earlier this fall. While at a writing retreat, I was determined to figure out what wasn’t working with this novel. (I had some ideas . . . we always do, don’t we? It’s hard to do the right thing for our stories, when we know embracing the needed change means TONS more writing work.) The epiphany was that I wasn’t writing a pure murder mystery where the reader learns things along with the main character. Instead, the story really needed to be suspense, with the reader knowing more than some of the characters. And while I did have two points of view in the story already, I realized I needed a third. Oh, and why not add in a second timeline with that new point of view for the heck of it??  Yup . . . time to rewrite some chapters. LOL 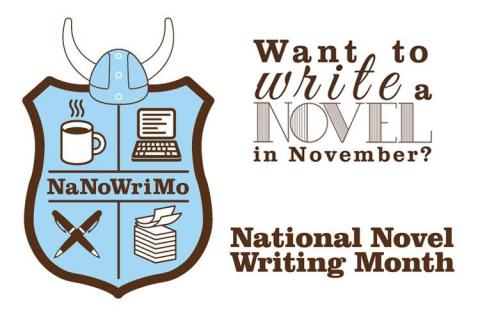 I made a lot of progress throughout September and into October, but as November approached, I began thinking about NaNoWriMo in a different light. I needed to establish a new writing habit, or maybe it was just reviving an old one? I felt like I’d forgotten how to be a writer with consistency or maybe how to be a writer at all? GASP! 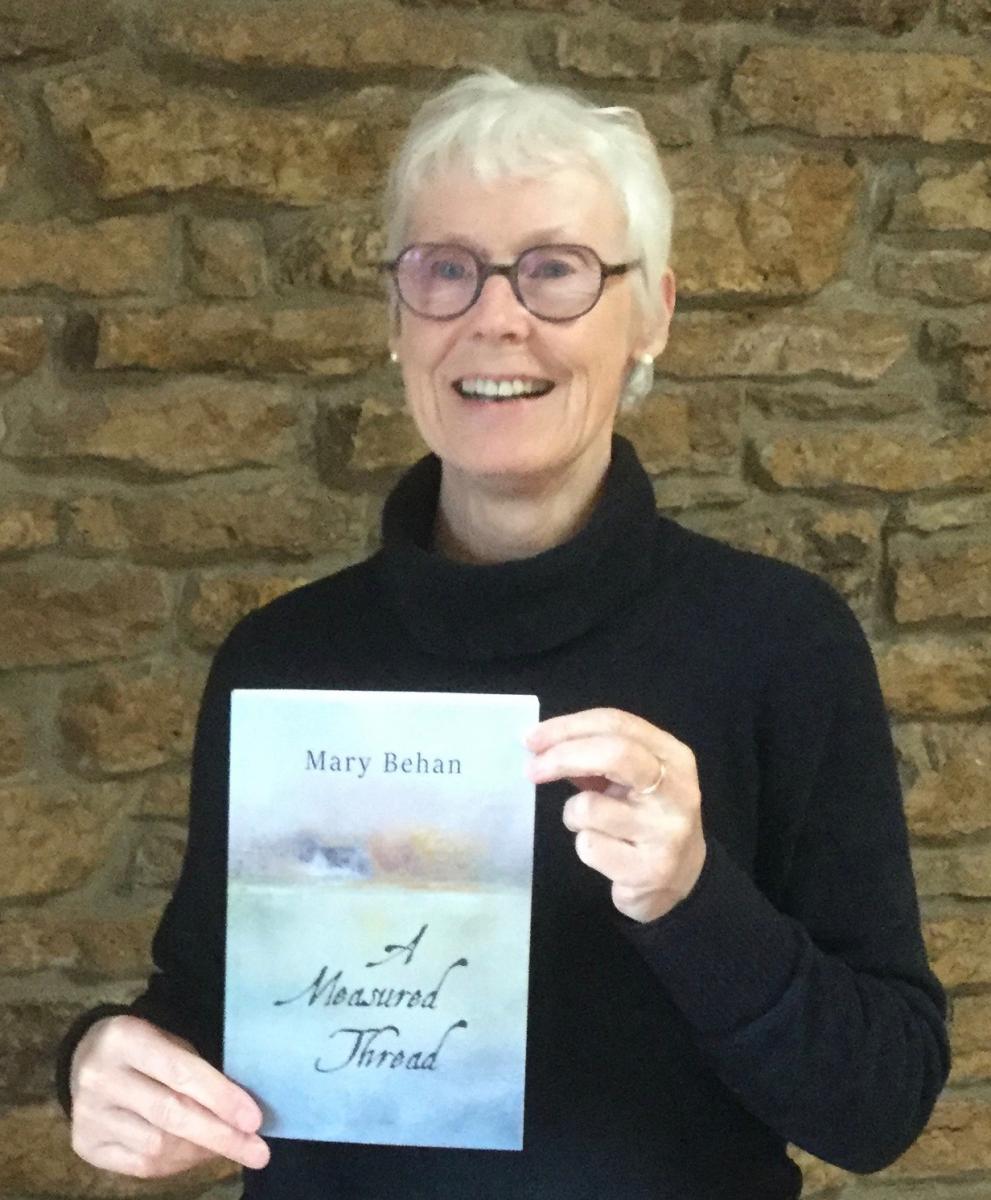 While I was debating whether to create my own brand of NaNoWriMo—one where I started from about the 26,000-word point with the goal of finishing what would likely be a 75000+ word novel—one of my dear friends Mary Behan reached out to me. She fortuitously asked if I’d ever done NaNoWriMo as she was thinking the discipline of it might be just the thing to help her finish her novel.

It was a sign . . . I replied immediately to her that while I'd never done it before I was IN!

A day or two later another dear friend, Silvia Acevedo, mentioned that she too 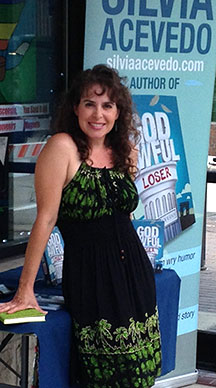 would be doing NaNoWriMo this year.

The three of us banded together. We created a google calendar where we could record our daily word counts, we set up a group chat for impromptu gripe sessions, and we scheduled a weekly zoom to talk about our work and more!

It was lovely! We all felt that we had a successful month, although that looked very different for each of us. Mary finished her novel – Huzzah! Silvia spent time revising the plot on a middle grade novel and hit nearly 20,000 words by month’s end. I wrote 30,000 words—with 5000 of those coming on 11/30. (I used to cram for tests in college, too.) Silvia and I are continuing with our word count tally to help us remain accountable and moving forward with our goal to finish our manuscripts by the end of the year.

I’m giving our version of NaNoWriMo an enthusiastic thumb’s up!

We found the framework of the month-long goal an excellent way to reawaken our good writing habits. We all agree that that the consistency of (almost) daily writing helped the continuity of our stories without having to go back and refresh our memories about what we’d last written. And the support of fellow writers along with the word-count accountability kept us going. And a funny thing happened to each of us throughout the month, our dreams became more vivid and we were remembering more of them after we woke up. (Isn't THAT interesting what the brain does when you are more creative!)

I am quite certain that if I had attempted this alone, I would not have made that word count and might have even abandoned NaNoWriMo altogether.

So, hats off to everyone who did NaNoWriMo!! We’d love to hear from those of you who also took part. Comment below!

I want to do the Door County retreat with you next time!

It's a wonderful place! And seems to work well for my creativity. If you're interesting in applying for the residency, check out the details at Write On Door County here: https://writeondoorcounty.org/

If I'd only kept them going in the first place --- but at least I'm back in a writerly frame of mind and making progress!! ;)

Kudos to you for figuring out what you needed to do and doing it! In the process, sounds like you re-found the joy of writing.

I truly did find the joy of writing again, and my husband is very grateful. Writing makes me a nicer person around the house. :)

NaNo is what you make of it. I don't always "officially" do it, but this year I did. It made it a lot easier for me to say no to stuff that others wanted me to do and focus on what remains the most important to me. And, yeah, I had 20k words on my book when I started, but I not only got my 50k, I finished the verdamnt thing.

Congrats to you!! That's a fabulous feeling!