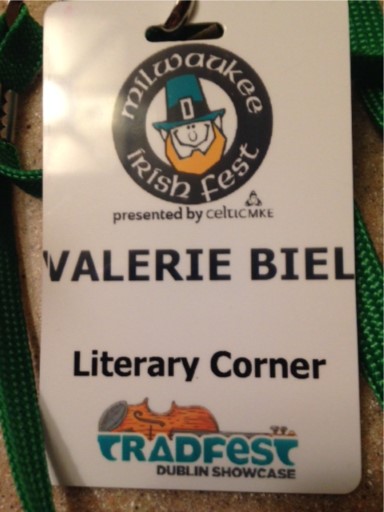 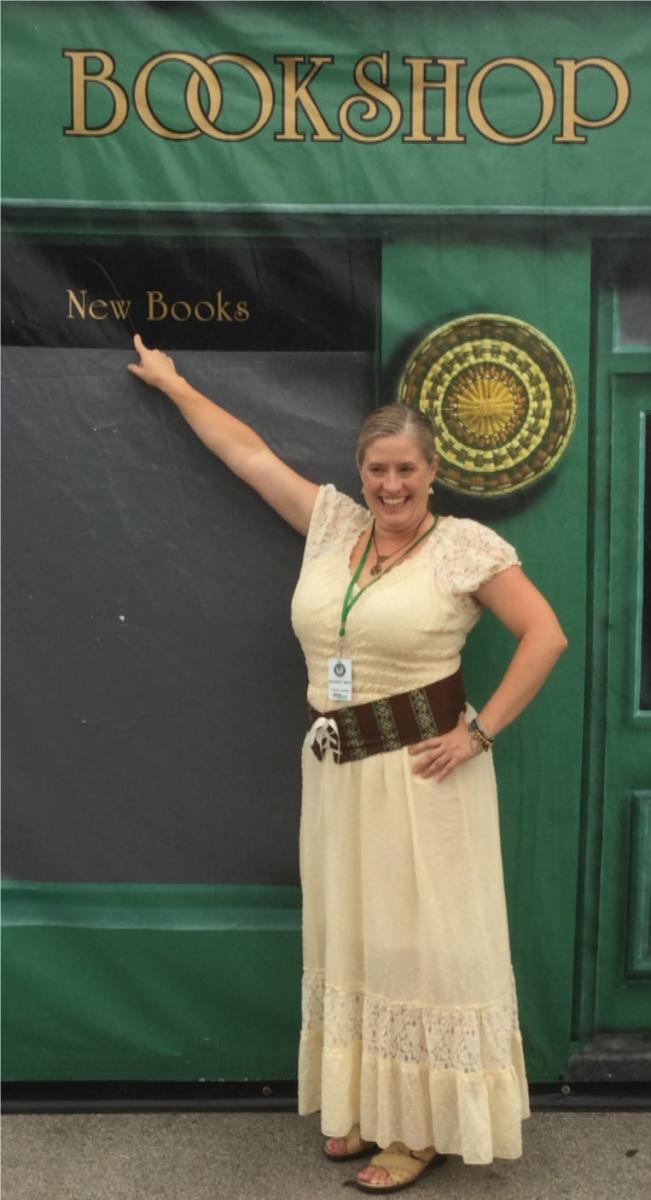 attendees at Irish Fest in Milwaukee this past weekend. It was an incredible honor to be part of the Literary Corner in the Cultural Village. I met so many interesting people with a deep knowledge of Irish history and Celtic mythology. I’ve collected a host of emails of those willing to aid in researching my next Irish-themed novel (and sold quite a few books along the way.)

I also was in some humbling company. The other authors in attendance were: 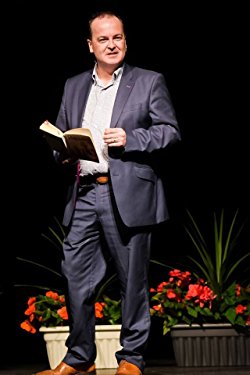 Tony Macaulay – Tony is a Belfast native and author of Paper Boy, Bread Boy, and All Growed Up. He debuted his new book at Irish Fest, Little House on the Peace Line, which recounts his years living and working with youth on the “wrong side” of the peace line during the years of the Troubles. It was lovely to chat with Tony during our few quiet times.

Links to purchase on Kindle: Paper Boy, Bread Boy, All Growed Up, and Little House on the Peace Line. 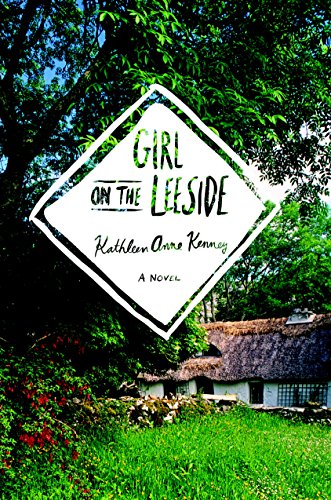 Kathleen Ann Kenney – A Wauwatosa native and 31-year patron of Milwaukee Irish Fest, Kathleen was promoting her first book, Girl on the Leeside. It’s a lovely coming-of-age tale set in the Connemara region of west central Ireland. I learned that Kathleen now lives in Winona and works in the art department at Winona State University – proving that yet again the world is a small place as our daughter is in her senior year At Winona state completing her art degree and will work with Kathleen later this year as she sets up her Senior Art Show.

Link to purchase Girl on the Leeside. 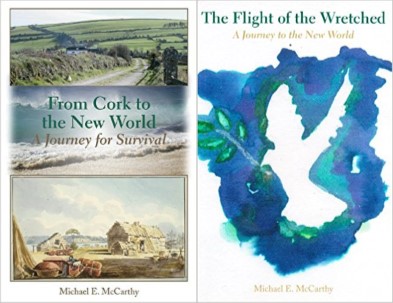 Michael McCarthy – Mike’s trilogy is based on several generations of a family who emigrated from Ireland to Canada and New York, focusing on the plight of immigrants and their tremendous courage and fortitude. From Cork to the New World, The Flight of the Wretched and The Children of Michigan Street are the titles.

Links to Purchase: From Cork to the New World and The Flight of the Wretched.

John Sexton – John grew up in a remote corner of Donegal and, surprising to him, I knew just where that was as my series is set in 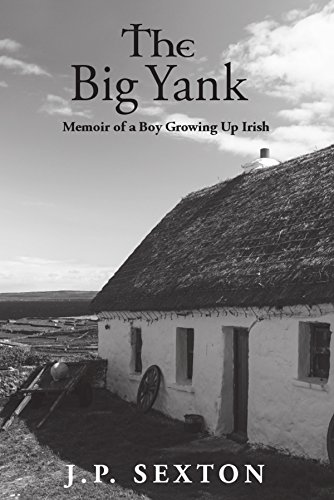 County Donegal. It was quite fun getting to know John and he graciously corrected my mispronunciations of place names and the like—all very kindly! His book The Big Yank is a memoir of growing up with an American father and an Irish mother within a dysfunctional family living in poverty with foot power the only means of transportation.

Link to purchase The Big Yank.

Donegal was definitely the unifying force of the weekend! I was pleased to meet a number of members representing the Donegal Tourism Council as well as Deirdre McGlone co-owner with her husband of the lovely Harvey’s Point hotel that I’ve gushed about on previous occasions. (This is the place that I would move to if my budget allowed.) 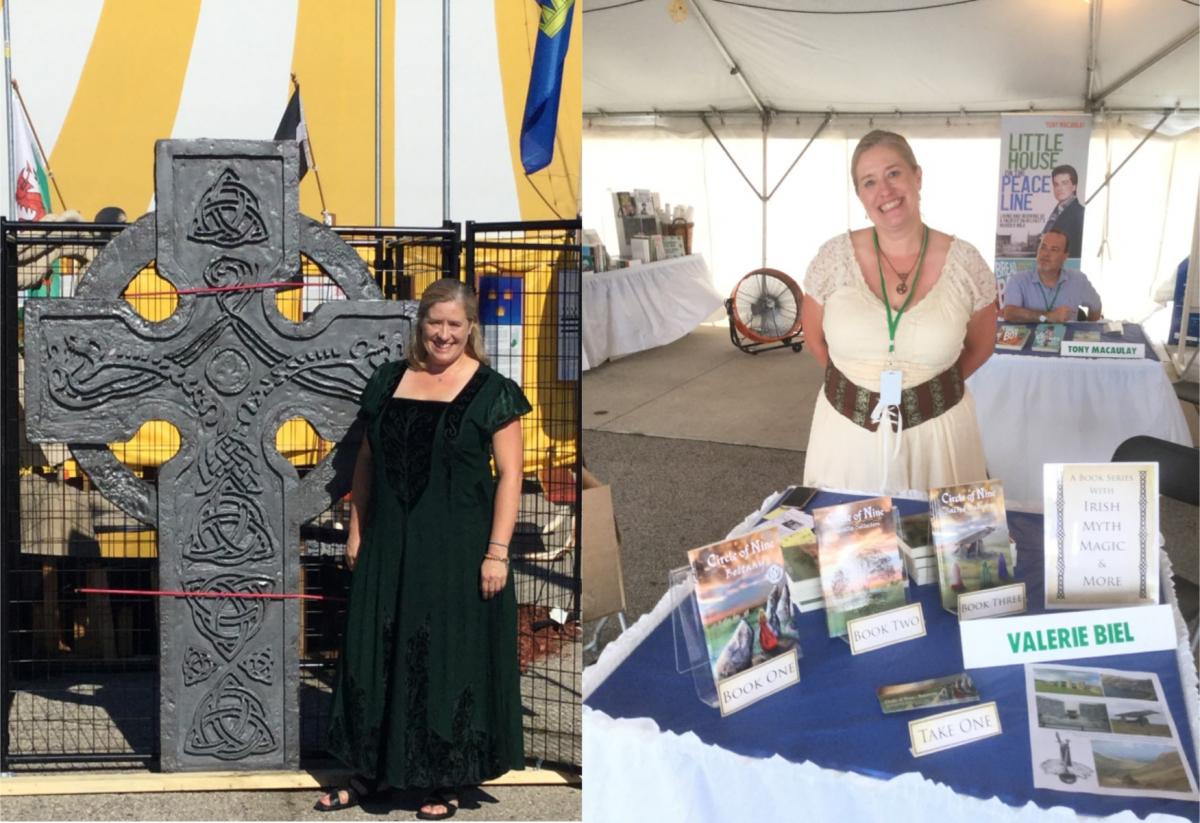 I decided to dress the part at both the Irish Fest in Milwaukee and the previous weekend in LaCrosse, where I was fortunate to present a talk about the real locations in Ireland that became part of my fictional stories.

I think this qualifies as part of my I’ve Never Done THIS Before Challenge. I am typically not one to dress up, but found it to be both fun and in keeping with the theme of my stories. I was not alone! So many people dressed the part all weekend, from the sassy-saying t-shirts to a plethora of kilts and plaid. I was so busy at my table that I didn’t have time to take pictures of all of the fun outfits. There was even one kindly Irish swashbuckling pirate who shared information on the Highland Games and encouraged me to set up a vendor booth there as well.

Thanks so much to all the people who stopped by including authors Liz Czukas, Stephanie Lowden, Susan L. Farrell, and Blair Hull; Michael Lang—organizer of the Mad Gael Fest coming up this weekend at Breese Stevens Field in Madison; all the new friends from the LaCrosse Irish Fest; longtime friends Nancy Esveld and Kate and Iseabal Dawson; and my cousin Dennis Crosse who I haven’t seen in person in many years.

Irish Fest brings everyone together!