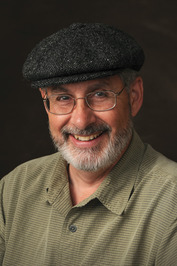 Rex Owens is a Wisconsin writer and author of Murphy’s Troubles, a historical suspense novel set in Ireland during the times of the “troubles” which is the name given to the battle to reunify Northern Ireland with the Republic of Ireland. I met Rex at the Writers’ Institute conference a few years ago and have followed his publishing journey as he worked to give birth to his novel.

Rex, tell us a little bit about yourself and your background.

I began attending the UW-Madison Writer’s Institute in 1997 and was inspired by the keynote speaker Robert Moss.  In 1998 I began a critique class with Dr. Laurel Yourke who teaches writing craft by specific weekly assignments.  After several years Dr. Yourke suggested I had enough material to think about a novel and the seed was planted.  I’ve also attended the Write by the Lake and the Weekend with Your Novel sessions.  I dabbled with my novel until December 2009 when I was a victim of the economic crash.  I decided that beginning in 2010 I would polish the novel and set a goal of finding a publisher.  I landed a contract with a micro publisher in California in 2011.  Our relationship was rocky and the publisher missed two agreed upon publishing dates in 2012. In 2013 I decided to terminate the contract and set the goal of publishing my novel independently.  I found a cover designer, content editor, copy editor, and proofreader and in November 2013 published Murphy’s Troubles through Amazon’s Create Space. 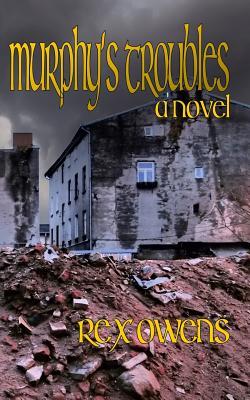 What inspired you to write your novel?

My son and his best friend visited Ireland, and he brought me copies of the Irish Times and the Irish Independent.  The papers carried stories of people, including children, injured in Belfast in the “Peace Zones.”  The peace zones were neutral areas where both Protestants and Catholics agreed there would be no violence although that agreement is disregarded daily.  I read a story about a 12 year old girl injured while playing in a peace zone.  I was horrified.  That became the “what if” question for my novel.  I decided to research the history of The Troubles and write a fictional account of what it was like in Ireland from 1968-98.

What are the hardest parts of bringing your book to life?

There are two answers.  First, working for the first time with a content editor and copy editor were humbling.  The content editor found major “holes” in the arc of the story, and I added three chapters to my “completed” novel.  The content editor also had a major problem with the original ending, and we had very serious discussions about how to close the story.  I wanted a “cliffhanger” ending, but the editor convinced me that cheats the reader.  Working with a copyeditor is humbling because you learn how weak sentence structure can be and how much grammar I had forgotten.  Second, the technical aspects of turning a word document into a manuscript can be daunting.  I purchased a package from Create Space to make the transformation that included telephone help which got me through the process.  I signed a contract with Create Space on October 1 and my book was published on November 18 – incredibly fast.

What do you see as the main advantages and disadvantages of Indie Publishing?

The main advantage is that you have complete control, which can also be a disadvantage.  I can’t say that I enjoyed all the decisions that must be made to bring a book to life – for example, page size, page color, font size, font type, drafting a back of the book blurb, setting the price, publishing hard copy and or e-book, etc. etc.  The process was very intense.  To the degree I could I asked friends, colleagues and other writers for help.  I sent my cover to a group of 30 people to ask for comments.  I sent my back of the book blurb out to about five people for comment.  I searched my genre for book size, page color and font type and size.  The disadvantage is that the author must up front the entire cost.  Frankly, there are a lot of companies now that will help with various aspects of publishing but they all cost money.  After the book was published I researched distribution channels.  I found a distributor who read the book and then offered to distribute it for a mere $2000.  Inexpensive or free advice is very hard to find.

Do you have any advice for other writers?

From my experience I would plan on independently publishing.  I’ve been the route of seeking an agent at the Writer’s Institute and my conclusion is that it’s a waste of resources.  I find it interesting that there is no data available on how many writers actually end up with a contract with an agent from interviews at the Writer’s Institute.  Most important, use professionals when you are preparing your manuscript for publication.  A content editor, copy editor, proofreader and professional cover designer are essential.  I have used beta readers and had a patchwork experience. I found working with the professionals much more rewarding.  Also, find connections with other independent publishers/writers.  I’ve joined the Alliance of Independent Authors and found them a valuable resource.

What are you working on now?

I have the goal of completing the rough draft of my second manuscript this year.  I struggled for months on what to write about and started at least three different novels but wasn’t satisfied. It didn’t “feel” right.  By listening to the little “inner voice” I discovered that my protagonist, Ian Murphy, wasn’t done with his story so my current project continues his story.

Additionally, I write a weekly blog for my website and am a contributor with a monthly column for the e-zine Extra Innings.

I am so excited that you are writing a sequel to Murphy’s Troubles.  Can’t wait!!

Who is your favorite author and what do you like most about their work?

What book are you reading now?

What is you favorite crayon color? (This is my mysterious interviewer question that is part of my research for my current work in progress.)

Thanks, Rex! Can't wait to read your second book.  If you want to learn more about Rex and his current novel, Murphy's Troubles, you can email him at rexowens00@gmail.com or find him here: