Interview with YA Author Silvia Acevedo

I am so happy to interview young adult novelist Silvia Acevedo. Her debut novel, God Awful Loser, officially launches on May 1. I am fortunate to be in a critique group with Silvia where she has offered wonderful advice on my own manuscripts for many years now. I feel like I’m in on a great secret having the opportunity to read God Awful Loser already. Here’s the quick description: “A careless Cupid gets dethroned and joins misfit fallen angels to battle hell’s army, save Olympus, and hopefully regain his crown.” 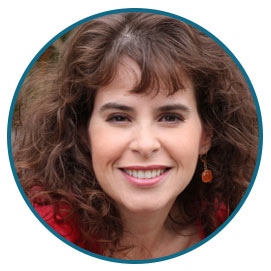 Tell us a little about yourself and your background.

I’m a journalist turned novelist. I spent 20 years as a television news reporter, anchor, and commentator.  I interviewed presidential candidates, reported breaking news for CNN, and laughed through stories of the state fair's latest fried foods.  I still occasionally show up on Milwaukee TV as a guest host for a television morning talk show.  While I was still reporting, I began writing middle grade fiction in my off time.  It was a creative outlet that I found I really enjoyed.

What inspired you to write your first novel?

My inspiration was less from a great idea and more out of a desire to take on a new challenge.  I was fairly convinced that I could do it, and, lo and behold, I was right. That novel was my first stab at writing fiction and needs work, but I do hope to get it published someday.

No, it’s my fifth manuscript. After that first novel we just spoke of, I wrote a young adult fantasy and two picture book manuscripts before turning to God Awful Loser, which comes out in May of 2015. I’m working on its sequel now. 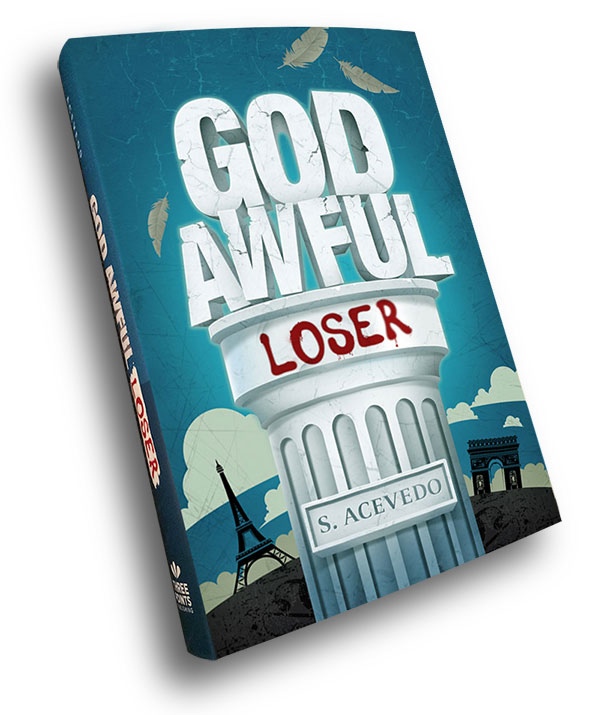 Because I am one of the lucky readers who have already received a copy of your book, I can gush about how beautiful it is both inside and out! How did you decide to print hardcovers instead of using one of the paperback indie publishing platforms?

Thank you for saying that!  That’s the response that both my husband and I were after when we decided to print actual hardcovers instead of using paperbacks print-on-demand methods.  I’m very lucky that my husband is a professional artist, illustrator, and designer.  We support each others’ work, and we both appreciate works of art.  We wanted the book to be something that people would enjoy holding as well as reading.  We collaborated to come up with cover and interior ideas, and he designed it all beautifully.  The hardcover is foil stamped with a running motif, and it in turn is wrapped in a glossed and embossed dust jacket. The raised lettering of the embossing is such a nice touch; you can’t help running your fingers across it.  Printing is certainly a more expensive route, but it’s impressed those who’ve seen it. People do judge a book by its cover, and we wanted the exterior to reflect just how much work we put into the interior.  We also have an eBook version for people who prefer to read on a device.

I am excited that God Awful Loser will have a sequel because I am quite fond of your characters and would like to visit their world again! Do you have a publication timeframe in mind for that novel?

Thanks again! I’ve grown fond of the characters, too.  When I wrote God Awful Loser, I didn’t have a series in mind, but the players became so vivid to me and had so many more possibilities that I decided I had to give them more adventures.  Then I added in some new characters, and I can tell you that I’m having fun writing God Awful Thief, the sequel.  I expect God Awful Thief to be out in May of 2016 so that readers won’t wait more than a year between installments. Wish me luck!

What will you work on next?

I’d like to write a third book in the God Awful Series to make it a trilogy. I’m also working on a picture book with my husband, who already has a picture book and several activity books to his name.  We may also adapt my first novel into a graphic novel with my husband on drawing duty and me trying my hand in comic format.  We’ll be busy for awhile.

Who are some of your favorite authors?

What book are you reading now? (and truthfully, how many are in your waiting-to-be-read stack?)

I’m about to read The Giver by Lois Lowry, written way back in 1993 and, as a Newbery Medal winner, is one that I should have read ages ago, but I think, if we’re honest with ourselves, we can all admit to having missed the boat on something and trying to catch up. My waiting-to-be-read stack is hopelessly high.  I can’t possibly read all the books that I’d like to.  Seriously, I would put an entire bookstore in my purse if I could. It’s a delicate balancing act, trying to find time to both read and write, yet it’s a challenge that I enjoy immensely.

Worst job you’ve ever had?

Let’s see.  My first job was as a busgirl, underage, at a family restaurant.  I later ran the register at both KFC and Kmart. I delivered Sunday newspapers for which the subscribers never wanted to pay. Hmmmm, I would have to say my worst job was fiction writer. JUST KIDDING! I lasted less than a week as a teenaged telemarketer. I hated interrupting people’s evenings.

Best job you’ve ever had?

Writer, where I am the master of my world.  Fiction makes readers better people.  It teaches empathy.  It allows readers to experience new places, times, and circumstances within the ease and safety of its pages.  And it’s communicating, something that I’ve always loved doing.  As such, I have to say another of my best jobs is guest hosting The Morning Blend talk show here in Milwaukee, where we bring interesting people and events into the living rooms of our communities.  It’s impactful, fun, and we get to show some personality.  TV and writing are things I’ve done for a very long time and are a part of me.  I’m thankful to be able to do both.

Thank you so much, Silvia, for taking the time today! Best of luck on your book launch on May 1 . . . that's just next week people!!