The Making of a Novel (Announcing the release date for Circle of Nine – Sacred Treasures!)

I’m so pleased to announce that the official release date for Circle of Nine – Sacred Treasures will be November 16!! Just nine weeks from now! You all have been very patient and for that I am VERY grateful. And you should be glad that I didn’t write this book a year ago. Really! I had a completely different plot line in mind and let’s just say . . . 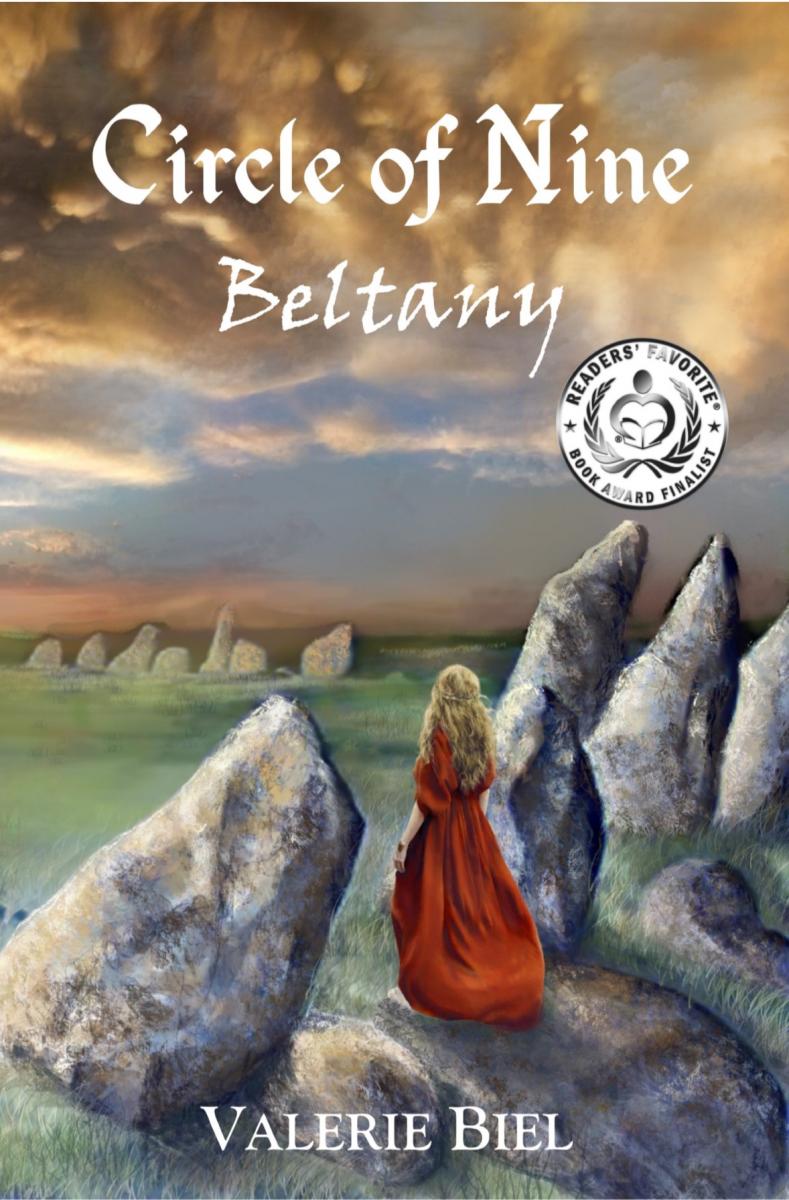 It would have been the wrong story to write. It wouldn’t have done justice to Brigit’s story or her family’s magical heritage. Sometimes the creative process takes an interesting turn.

The first novel in the series (Circle of Nine – Beltany) was released in October 2014. (I can’t believe that was almost two years ago now.) It took about a year to write the very rough draft of that book. I finished it in 2010 and let it marinate for a while. Eventually, I began the long editing process and turned it over to my trusty critique group chapter by chapter. Finally, after other early readers had their input, and I did my last vicious 10,000-word edit, I felt it was ready.

If you've forgotten what that story is about, here's the book trailer to refresh your memory.

I meant to jump right into writing the sequel, but I pushed it off. I wasn’t sure which direction the story should go. I meant to always write a two-book duology. (I guess I was bucking the trilogy trend.) As I played with what I thought would be the rest of Brigit’s story, I was never satisfied with where I was going. Another story was nagging at me . . . it was a completely different idea with a completely different cast of characters and for a younger audience. I decided that this main character—her name is Mardella Houston—needed some attention. I told her she could have three chapters of my time just to shut her up, then I could get back to the task at hand—the Circle of Nine sequel.

Well . . . Miss Mardella had a completely different idea of what I should be doing. I couldn’t stop writing her story. I wrote the fastest I’ve ever written. The story just poured out of me onto the screen. It was a fabulously creative feeling. (If you’ve ever had this happen to you with some artistic endeavor—you know what I mean. It’s rather magical.) Within weeks I was typing “the end” (also a magical feeling.) This book then required the steady hand of my critique group, the advice of my beta readers, and multiple rounds of edits.

By then it was mid-2015. GAH! I had promised readers the Circle of Nine book by the fall and all I had was a jumble of notes that I didn’t even LIKE. I had to get my butt in gear. So I began with what I knew. I wrote about the historical characters from the first novel like Onora Quinn and her mentor Bressa Gormley. I answered the question “How did Bressa end up living on that enchanted island in the middle of Lough Dooras?” I wrote about Dervla Quinn and her childhood before we met her in Circle of Nine – Beltany and answered the question so many readers had: “What happens to Dervla next?” Finally, I wrote about Phoebe Quinn, Brigit’s grandmother, and explained how this Irish lass ended up living in the United States. I hadn’t meant to write a trilogy, but I now had a second book as these three stories became the Circle of Nine – Novella Collection. (I highly recommend that you read this as book two because it will be much more fun if you know some of the things from Phoebe’s story first hand before reading book three.)

Now it was March 2016. I still didn’t have the third book in the Circle of Nine series written, but I had an outline. I knew what I wanted to write. Victory!!

Throughout the time that I was writing the novellas, I was also editing the Mardella Houston story and sending it out to agents. I sent it out to 42 agents (not all at the same time) and finally received that fabulous phone call when you pick up and hear, “I love your story and would like to represent you.” So on a wave of expectation and excitement about that manuscript, I finally began Circle of Nine – Sacred Treasures. I finished the draft just four months later on August 4.

So to answer the question, how fast can you write a novel? Well, if you know what you want to write, I guess the answer for me is four months. But if you add in the “thinking” time that it took to get to the point where I knew what I wanted to write, it’s a year and four months!

The creative process is funny. It’s elusive. When you desperately need it to work for you, it runs away. When you know you should be working on something else, a new idea pops in shouting in neon lights, “Look at me! Look at me!” So, sometimes it takes a little longer, but you have to trust the creative process.

So as we count down the nine weeks before the release of the final* book in the Circle of Nine Series, I will have some fun goodies and giveaways to celebrate. Yay!!

*I know I said this was the last book, but there is a teeny, tiny possibility that I have two ideas for short stories or novellas. We’ll see where the creative process takes me next.