Three weeks ago I had an awesome school visit with the fourth grade at St. Jerome School in Columbus, Wisconsin and am still totally impressed by how savvy these kids are.  As a writer for this middle-grade crowd, I was most definitely reminded that they want smart plots with engaging characters on subjects that they love.  Oh yeah, just like adults!

They re-energized my writing.  For me, spending time with this age group is like being in a battery charger.  I know a lot of people would disagree with me and say it is the exact opposite – that their energy creates a whirlwind that drains even the hardiest of souls.  But that isn’t how I see it at all.  I hope their awesomeness rubs off on me.  I’m already making plans to return to this classroom next year.

The Heartland books by Lauren Brooke are a big hit with the horse lovers in this class. This 25-book series is set on a horse farm in Virginia where 15-year-old Amy (along with her friends and

family) heals abused horses and finds healing herself along the way. 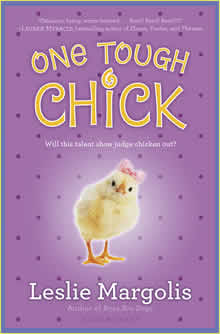 One Tough Chick by Leslie Margolis is another favorite. The fourth book in the best selling Annabelle Unleashed series which begins with Boys Are Dogs (the inspiration for the Disney Channel movie Zapped) introduces us to Annabelle Stevens as she begins 6th grade at a new school where she encounters something she is not used to . . . BOYS!  (Annabelle previously attended an all-girls school.)  While she struggles with this new “species” in her world she is also training a new puppy and begins to realize some of the techniques might work on the boys in her school, too.  The book trailers on the author’s website are fun!

The Puppy Place series by Ellen Miles was another favorite read in this group.  There are 36 puppy adventures in this series to keep your dog-lover 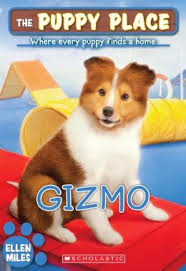 busy all summer. The Rainbow Street Shelter series will also entice your animal-loving reader with a set of adventures. I love the title names which include; Wanted! A Guinea Pig Called Henry, Lost! A Dog Called Bear, Stolen! A Pony Called Pebbles, Discovered! A Beagle Called Bella.  Wendy Orr has written many other books which you can check out on her website.

The Robe of the Skulls is the fifth book in The Tales of the Five Kingdoms series by Vivian French. While the covers on these illustrated books look mysteriously ominous, reviewers assure us that this is 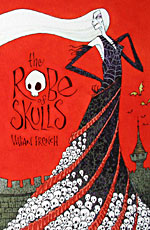 an age-appropriate and humorous tale as are the other four books in the series.

A fairly new favorite that I have heard great things about was being read by one fourth grader, Confessions of a So-Called Middle Child by Maria Lennon.  That’s on my waiting-to-be-read list, too.

The remaining books on the list included some treasured favorites that many of us will recognize:

The Lord of the Rings by J.R.R. Tolkien

The Witches by Roald Dahl (I love, love, love his books, especially Matilda.)

Super Fudge by Judy Blume (Adore her books as well!)

Diary of a Wimpy Kid by Jeff Kinney

If you’re helping a middle school reader pick out summertime books, I hope this list has given you some insight.  I’ve certainly added a few to my list. For writers, we’re reminded how much middle school readers love books in series, books about animals, books with an adventure, and books with strong characters and unique voices.  It was especially nice to see that certain books I adored when I was younger are still favorites.

What was your favorite book or series when you were in middle school?