Numbing the Pandemic Pain One Series After Another - My TV Recommendations

I like a good story and I’m not picky if I read it, listen to it, or watch it on the big or small screen. While the big screen is a little difficult during a pandemic, the small screen certainly hasn’t been. I’ve admitted my TV addiction in a previous post, and if it’s even possible, I’ve been watching even more television since the pandemic hit in mid-March. 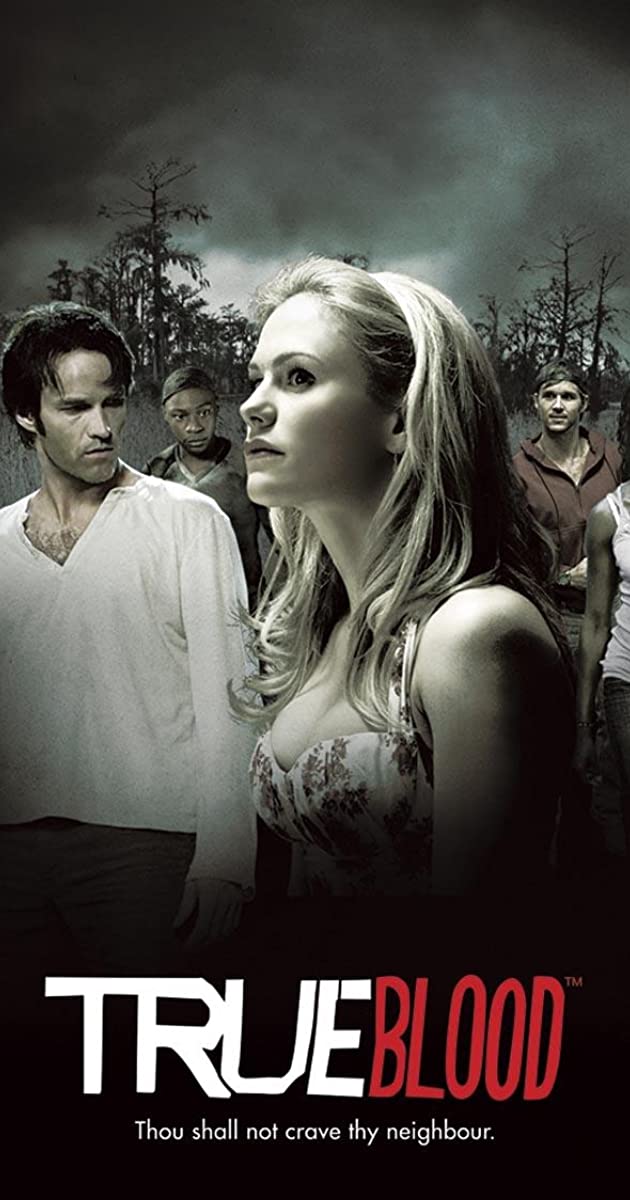 I began with a complete rewatch of all seven seasons of True Blood based on the novels by Charlaine Harris. (In my defense, I did read the novels first.) But I really should have quit watching after season 4 or 5—seriously! Here’s the quick one-line description: “In a time when vampires have entered the mainstream, a young Louisiana waitress (Anna Paquin) sets out to prove not only can vamps and humans co-exist, they can find true love.” I mean really nothing is as comforting during a pandemic as a show where it is revealed that the world you’ve been living in is full of scary supernatural creatures. LOL

Catch up with the True Blood on HBO or find the first season HERE.

My husband and I (based on the recommendation of our daughter) watched the Locke and Key series on Netflix. This show is about a house where the kids are the only ones who can hear the magical keys whisper to them. Don’t we all need a key to a cupboard that can fix the broken things put into it? This is worth the watch!

By now, we’d had enough of darkness and magic and needed a good laugh . . . we went over to Hulu to watch The Great (An Occasionally True Story) about Catherine the Great. Elle Fanning plays Catherine and is fabulous! This is one of the most bawdy, hilarious shows I’ve seen in a while. It’s incredibly witty and as the title says, it is also occasionally true.

We left Hulu (and Russia) to go over to Starz for the latest season of Outlander. (You can watch or rewatch the earlier season of Outlander on Netflix.) This is a fabulous time-travel story based on the novels by Diana Gabaldon. The main female character, Claire, has gone back in time 200 years with the aid of an ancient stone circle where she falls in love with Scottish kilt-wearing Jamie Fraser and the story line gets a lot more complex than that, but the main part is their love story. There are five seasons so far, but here’s the trailer from season one (below). You can buy seasons 1 – 4 on DVD, too.

Then I watched Ozark on Netflix. I know everyone’s been talking about this series, and I finally decided to give it a try. I seriously binged all three seasons in record time, but now I have incriminating searches on my computer like: “How does money laundering work?” The performances by the entire cast are stellar but in particular Jason Bateman, Julia Garner, and Laura Linney hit it out of the park.

More laugher was needed . . . Mrs. Maisel to the rescue!

The Marvelous Mrs. Maisel an Amazon Prime Original Series is so incredibly funny. I love this series. Here’s what it’s about: In 1958 New York, Midge Maisel's life is on track- husband, kids, and elegant Yom Kippur dinners in their Upper West Side apartment. But when her life takes a surprise turn, she has to quickly decide what else she's good at - and going from housewife to stand-up comic is a wild choice to everyone but her.

Also on Amazon Prime I just finished watching season two of Hanna. This series is based on the movie by the same name that starred a young Saoirse Ronan. It’s a good espionage, secret-agent kind of thriller. Season two was particularly fast-paced and twisty.

And I also watch movies . . . . here are the best ones from my pandemic viewing so far:

Peanut Butter Falcon with Shia LaBeouf and Dakota Johnson was such a sweet movie. If you need a feel-good story, this is a great one to choose

The Long Shot is also a humorous, unlikely love story with Charlize Theron and Seth Rogen.

And, of course, Contagion was a must rewatch . . . I mean it is a good idea to remind yourself that things could be much worse than they currently are, right?? Do you remember this movie? It is eerily similar to the past few months, minus the very high death rate.

You can watch nearly all of these for free with an Amazon Prime – 30-day Free Trial.

And if my Amazon Prime, Hulu, Starz, and Netflix weren’t enough entertainment, we did get a one-month Disney+ subscription so we could watch Hamilton (and all of the Toy Story movies.)

Speaking of free trials, I grabbed the seven-day free trial of Sundance so I could watch A Discovery of Witches based on Deborah Harkness All Souls Trilogy. They did a fabulous job of transforming the story from the page to the screen. The second season will premiere in January 2021 (it’s already been filmed, so it shouldn’t have any delays.) And they’ve committed to filming the final season to match the three books, so we’ll get the whole story. Do yourself a favor and read the books, too. Harkness is a great storyteller.

And finally, a donation of $60 or more to Wisconsin Public Televesion will give you access to all of the PBS programming on demand. I had missed the original broadcast of The Windermere Children and was glad I could catch up with the movie and the documentary that went with it. At the end of WWII, a number of children and teens who were rescued from concentration camps were brought to the Lake District in England to recuperate. The Windermere Children is the story of one group of these children. This was heartbreaking but ultimately a hopeful story. Also, well worth a watch—both the movie and the documentary.

Wow -- that's a lot of TV watching. (That doesn't include all the episodes of home shows I watch on HGTV either.)

Are any of you fans of these same shows and movies? Tell me what you've been watching--it's time for me to find some new shows!