This summer our family decided to take separate boys’ and girls’ vacations. We NEVER do this! But, when my husband and son decided to climb Devils Tower in Wyoming, my daughter and I decided to do something different and settled on Quebec City for our trip.

We were super excited when we realized we’d be in Quebec City during their big summer music festival – Festival D’ete de Quebec. Our pass included access to all shows all week for less than $100 per person and included concerts by Young the Giant, The Killers, Blondie, and Billy Joel. Great music – great week!

When I’m away on vacation I tend to tune out most news from around the world, but even when the news is in French (which I don’t speak), it’s hard not to notice the stories about the violence in Israel. Last year our family vacationed in Israel. It was a fabulous trip, but the same itinerary this year would be too dangerous. At the moment, it’s hard to imagine people in Tel Aviv taking shelter from the rockets in so many of the same places that we toured last year. We gained a lot of insight into the conflict through the people we met. I definitely have a broader view than I ever would have if we hadn’t made the trip.

On the same vacation, we visited Petra in Jordan on a day-long tour. Our guide was very proud of his country’s stability amidst the growing chaos of the Middle East. 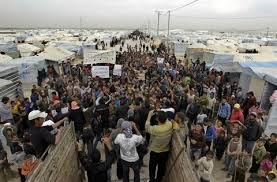 He talked about how he feared the chaos in the countries around Jordan would destabilize their way of life. He was particularly concerned about the border with Syria which was being flooded with refugees. Now, Jordan is handling a large influx of refugees fleeing the recent violence in Iraq. I believe that our guide’s fears are very well founded. Here again, when I look at a news story coming out of Jordan, I’m grateful for the perspective I’ve gained by having traveled there.

Another place we’ve toured that would not be on any “safe” itinerary today is Egypt. We were there in 2009, two years before the ousting of Mubarak as President. It was clear from our guides that they didn’t think much of President Mubarak, but they carefully measured their words when we asked about the political situation. I watched with interest 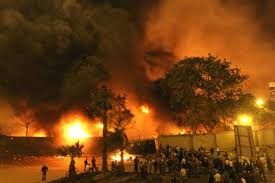 and then growing horror as the violence increased as the crowds took to Tahir Square and looted exhibits in the Cairo Museum. So much has happened in Egypt since then. I think about our wonderful, knowledgeable guides and wonder how they are doing now with so few tourists willing to make the trip.

Nothing can substitute the experience of being in these places first hand in order to gain a little understanding of what it’s like to live there. Indeed, a short vacation can’t give the true vision of what it’s like to live in a place permanently, but it’s certainly a start. I hope that when any of these locations make an appearance in my stories, I can do them justice and paint a picture with my words so it feels like you’ve visited them, too.

In the meantime, I watch the news – sometimes I pay attention, sometimes I don’t. But when a country I’ve visited is mentioned, I listen a little closer and think about the people I’ve met along the way, hoping they are safe and well.