It’s Writer Wednesday and today it’s all about MY BOOK!!!

Announcing the official release day – ONE MONTH FROM TODAY!!

CIRCLE OF NINE: BELTANY will be available in paperback and eBook on Amazon.

It’s been a long road to publication. Many of you have followed the progress of this book for years – yes, YEARS!  Thank you for sticking with me. 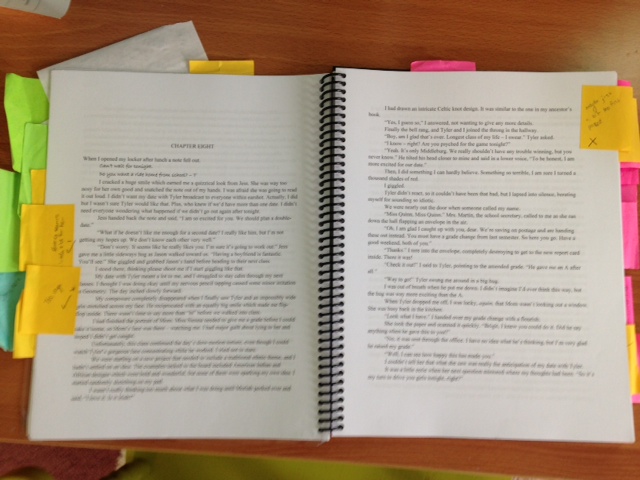 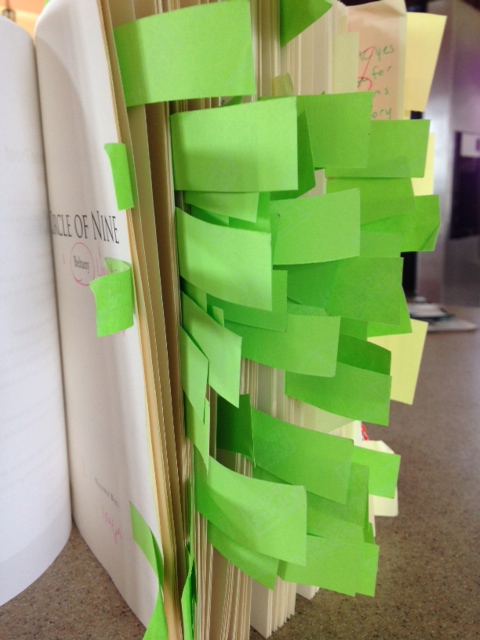 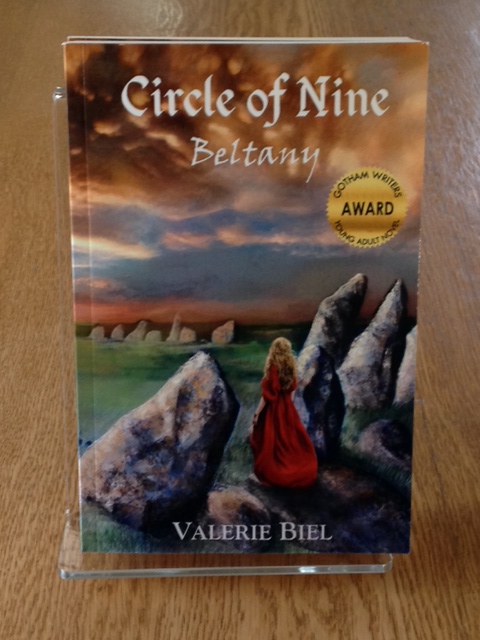 It’s hard to remember how it actually got started (cue the music) . .  .

Back in 2009 the first words hit the computer screen (although I think those very first words have long-since been edited out of the story). I finished the first draft in 2010, shoved it in a drawer for about a year, then pulled it out to critique it chapter by chapter with my amazing group of writers, revised it multiple times (and I mean MULTIPLE), with the final version being 18,000 words less than my first draft.  (Those of you who only read the first draft are going to get some fun surprises when you read the final version!)

I sent it out to a few agents who liked it but didn’t love but at least were encouraging about the story. (I was wounded! I was mortified! How could they not love it!! – well, that’s because they get something like 5000 submissions a month and pick TWO to represent.)  One agent even explained that they had just signed an author with a similar Celtic theme. So . . . realizing that I could keep searching for an agent and maybe my book would find a home someday, I decided that for THIS BOOK I was too impatient for that process to play out.  So I’m taking advantage of the opportunity to Independently Publish via Amazon.  (There’s a heck of a lot more to the changing environment for debut authors – but that’s a topic for a different day.)

I started my own publishing company, Lost Lake Press, and am ready to go!

I didn’t go into this venture thinking it would be easy – although I didn’t think it’d be this hard either. Let’s just say, it’s really good to have technically savvy people around you when you hit a road block and need to start asking questions like, “Exactly what is html and how do I use html to format my eBook?”

I’ve come to the conclusion that writing that first draft was the EASIEST part in the whole process.

In the meantime I’ve penned a middle-grade (tween) novel that IS out on submission to agents, and I am halfway through a second middle-grade novel.  And the notes are ready to begin the sequel to CIRCLE OF NINE which will be subtitled Sacred Treasures.

Did I mention anywhere in this article yet about how much I love writing? I love writing, I love weaving the story together, I love thinking like my characters and deciding how they are going to act, I love how my characters sometimes take on their own destiny when a new twist or turn just flies onto my computer screen, but MOST OF ALL I love sharing what I’ve written with other people and hopefully entertaining you for a little while.

The countdown is on!!  ONE-MONTH TO GO!!  There’ll be some cool contests coming up here on my blog and via twitter and facebook that you can enter to win free books! Keep an eye out!!

I have never employed a female libido enhancer before, but the thought that there


is one thing out their that could boost my arousal excited me.


I am 39 years old, and am fairly sexually active for the most element, but I could stand to use one


thing that could get me in the mood much more frequently.