Review of "Imminent Dawn" and an Update from Author R.R. Campbell

Imminent Dawn by R.R. Campbell is not your run-of-the-mill sci-fi novel. For one, it takes place in the near future in a world that looks much like ours today—except for all the cool technology—not all of which is benign. This is truly a suspenseful thriller with a fast-paced plot line and well-developed characters whose smart dialogue keeps us turning the page. If you’re someone who thinks all sci-fi takes place in outer space—this genre has a lot more to offer. And Campbell’s work is a particularly fine way to prove that. This is the first installment of Campbell’s Empathy Series.

Art-school dropout Chandra would do anything to apologize for her role in her wife’s coma—including enroll in the first round of human trials for an internet-access brain implant. At first, the secretive research compound is paradise, the perfect place to distract Chandra from her grief. But as she soon learns, the facility is more prison than resort, with its doctors, support staff, and her fellow patients all bent on hatching plots of their own, no matter how invested they might seem in helping her communicate with her wife.

Making matters worse, a dark wave of uncertainty crashes down on the compound, forcing Chandra to become an unlikely but pivotal player in conspiracies stretching from the highest levels of the North American Union government to the lowest dredges of its shadowy hacking collectives. To save herself and her wife, Chandra and her newfound friends from the study will have to overcome the scheming of a ruthless tech magnate, the naïveté of an advancement-hungry administrative assistant, and the relentless pursuits of an investigative journalist, all of whom are determined to outpace the others in their own quests to resurrect lost love, cover their tracks, and uncover the truth.

Available at these retailers: 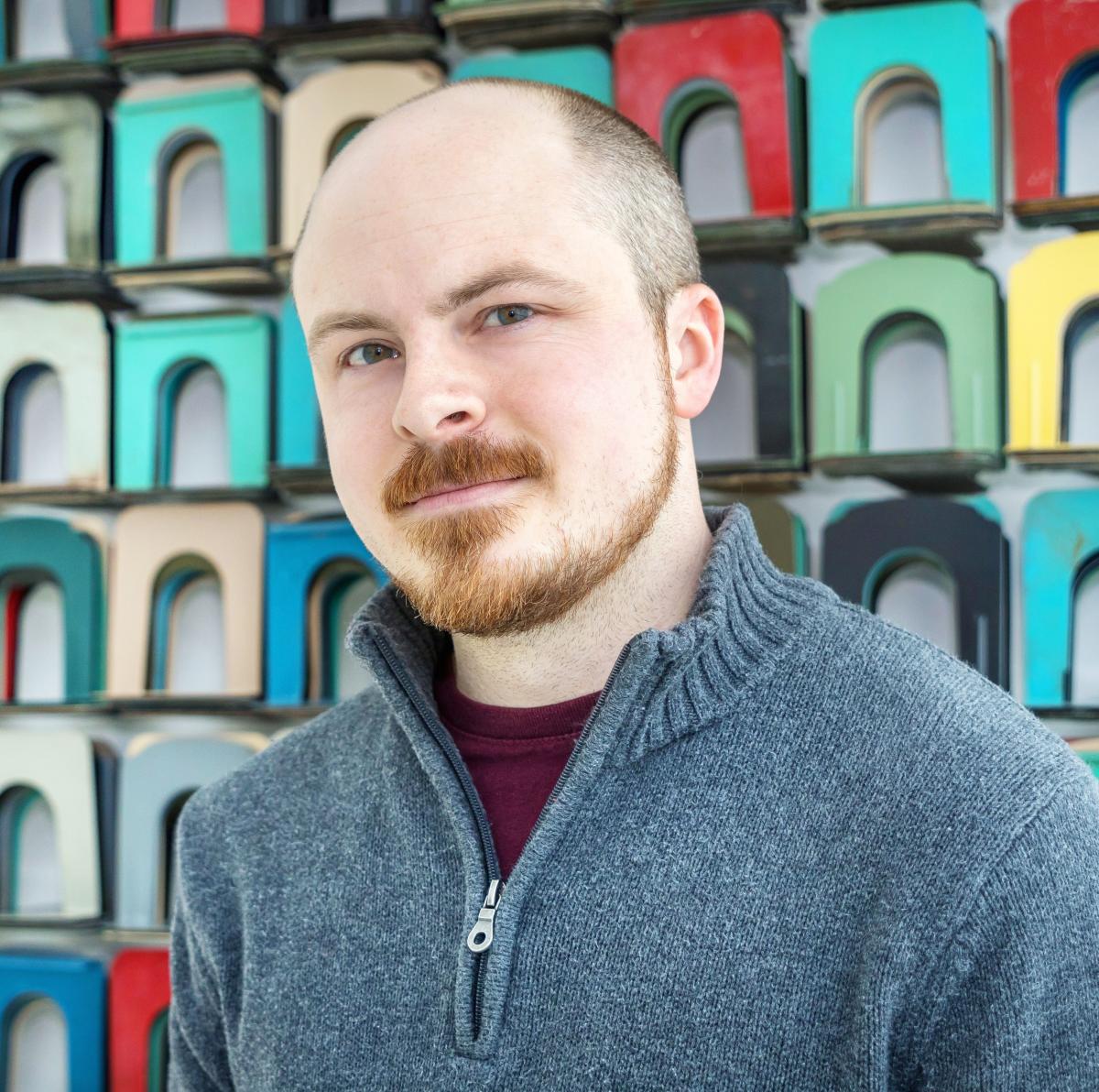 Ryan last stopped by this past May to tell us about his upcoming releases for late 2018 and 2019. This is release week for Imminent Dawn, so I know how busy you are. Thanks for taking the time to hang out here for a while.

Let’s take a step back to your debut novel released in late 2018. That was Accounting for it All, which was a fun read with a main character who is an adult-film-star-turned-accountant who must bluff her way through an IRS investigation about a money laundering scheme in which she unwittingly took part. How did that launch go for you?

I had a blast launching "Accounting for It All." The reception to it has been overwhelmingly positive, which I’m really grateful for given I expected there to be more controversy surrounding its subject matter.

I held a book launch party for it at a cocktail bar in Fitchburg, Wisconsin, and the attendance at the event also exceeded my expectations. I certainly learned a great deal from my experience both during the book launch party and launching "Accounting for It All" in general, which is knowledge I’ve able to take forward with me into getting "Imminent Dawn" off the ground!

So, while you’re working on the launch for that book, you were finishing up edits on Imminent Dawn. Was that a hard schedule to juggle?

It was, though I was “saved” a bit in that the editing process for "Imminent Dawn" didn’t really start in earnest until early December. This gave me cover to get through the release of "Accounting for It All," but it did mean edits were on again, off again throughout the holiday season, which was another blessing and curse rolled into one. On the one hand, it meant juggling edits against travel back and forth across the state, and on the other, it gave me an opportunity to “dip out” of events to focus on those edits for a while.

But shh! Don’t tell my family that.

I’m curious about the technology and new terms you’ve invented for the Empathy Series. Is all of this of your own creation or are there technologies like the internet access brain implant being developed? I imagine your research on this had to be a lot of fun.

EMPATHY itself—or the Electronic Mechanism Purposed for the Achievement of a Truly Hybrid Yield—is, of course, unlike anything currently on the market in our world, though there are internet-access brain implants in the very earliest stages of development. The most successful brain-computer interface to date is one by a startup called Nuros, which has been able to use its Nuos software to help individuals with traumatic brain injuries interface with Amazon’s Alexa directly via brainwaves and a special set of glasses. In this way, those who use the glasses can issue commands to computers or speak by having Alexa read statements for them.

The other most prominent technology in "Imminent Dawn" is the pocketab, a shortening of the phrase “pocket tablet.” Pocketabs are basically smartphones, but they defy the law of the conservation of mass since users are able to expand and contract them so that they work as either tablets or the pocket-sized cell phones we’re more accustomed to today.

There are a number of other speculative bits and pieces of technology strewn throughout the book and the series, but the above are featured the most. They’re advancements on technology from our world, though the pocketabs in particular are almost more magic than they are science.

Imminent Dawn is book one in your Empathy Series. Do you know how many books that series will have? I think I remember you saying that we wouldn’t have to wait long for book two. Will that be available yet this year?

Book two will, in fact, be out in April of this year. It’s titled "Mourning Dove," and it offers a bit of a different tone from the “technothriller” feel of "Imminent Dawn," sliding instead under the broader “speculative fiction” umbrella. In "Mourning Dove," I introduce a new slew of characters who readers will be able to spend time with alongside the mainstay cast, and those new personalities get us into a position to explore the broader world of the EMPATHY series, including some of the politicking that takes places at the highest levels of the North American Union government. I also had a ton of fun writing "Mourning Dove," as it features scenes that take place throughout the North American Union and beyond.

I plan for the series to have five books, though there’s a chance book three—and possibly four—will have to be split into two books of their own. I won’t know for sure about that until at least mid-2019. I expect I’ll be able to keep book five to a single volume, but this series has surprised me before…

That’s a wild ride in a short period of time. Dare I ask what’s next? I hate to assume you’ve had time to work on anything else while you’re getting these books ready for release, but I really enjoy your writing—so what’s next? LOL

Right now my plan is to write first drafts of another speculative fiction series in between drafts of the EMPATHY books, though we’ll see if I can sustain that pace. As for what I’ll be focusing on in this other series, well… it’s quite the departure. Imagine, if you would, a spaghetti western—with dinosaurs.

HA! I love that! How can readers discover more about you and you work?

For those most interested in all things EMPATHY, I’d encourage them to visit empathyseries.com, where I post content and news related exclusively to the series of which "Imminent Dawn" is part. My author website rrcampbellwrites.com is a great place to learn about other writerly endeavors, my editing services, or my podcast network, which also has its own site at writescast.net.

If you want to reach out directly, you can message me through my author site’s contact page. I always love hearing from readers and writers in the literary community at large, so don’t hesitate to get in touch!

Thanks, Ryan, I cannot wait to read book two in the Empathy Series!

Thank you for having me. And don’t worry; you won’t have to wait long for book two. "Mourning Dove" will be available in April of 2019!