In a strange sort of coincidence I ended up reading two series of books with nearly the same name, Stranded --  Jeff Probst’s (host of Survivor) middle-grade novel series and an indie pub YA series by Theresa Shaver. 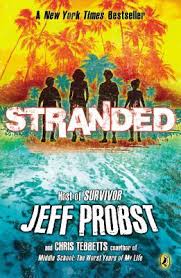 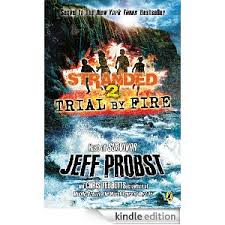 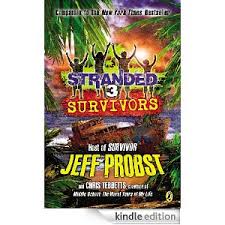 I can’t remember when and where I purchased the hardcover version of the first book in Jeff Probst’s series, but wanting a quick read the other night I grabbed it and was hooked on this story of four kids from a newly-blended family shipwrecked on a Pacific island and struggling to survive.  I purchased the next two books as ebooks and kept right on reading.  (Although nothing beats opening a new hardcover – the immediate gratification of downloading an ebook is darn awesome.)  I felt these were solid stories with the right amount of danger for a middle-grade audience and obviously, they held my attention as an adult as well.

Something unique to the Probst novels was featuring a blended family. Kudos to him for creating a cast of characters that mirrors the composition of so many families.  However, as a Gordon Korman fan, I must say that if you’re looking for a shipwreck-themed series for middle-grade kids, Korman’s Island series is more exciting. 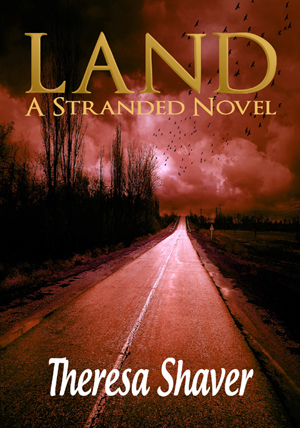 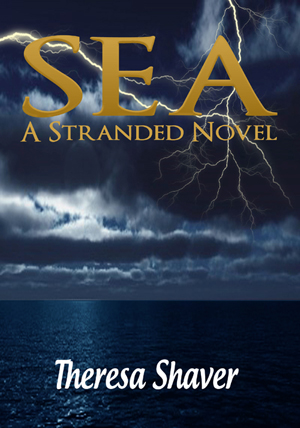 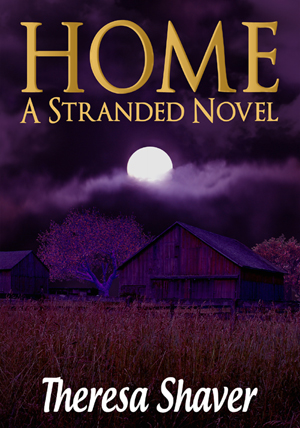 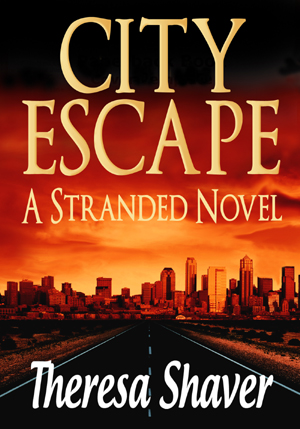 The other Stranded series is for young adults by Theresa Shaver. The stories focus on a group of Canadian teens on a class trip to Disneyland in California when an EMP hits North America and knocks out all power and electrical devices. The class and its chaperones disagree on the best way to make their way out of the Los Angeles area and (hopefully) back to Manitoba. Each novel follows a different group and their survival decisions through the ensuing chaos with the titles Land, Sea, Home, and City Escape with the subtitle “A Stranded Novel.”

I found this series when the first novel was offered free in ebook format as a Bookbub deal of the day. I am a huge, huge fan of post-apocalyptic novels and movies so naturally I gravitated to this series, and I loved it! What a gem from a new Canadian author who is independently publishing. I have to concede that the handful of typos was annoying, but I read past them and was rewarded with a fast-paced, perilous story where I was almost immediately invested in the lives of the characters and their struggle to survive.

Now, I know it’s not completely fair to compare a YA series with a MG series, but if I had a choice and could only have read one series, I would choose the YA series by the Indie Author Theresa Shaver over Jeff Probst’s series.

Have you read any good books lately?