Tips for Acquiring an Agent: Listen and Learn!

This month, I continue the conversation about acquiring a literary agent. If traditional publishing is the preferred route, an agent usually is part of the mix.

In March, I talked about writing a logline, a hook, and attending conferences as a method to the madness of querying agents. For April, I want to drill down to one topic: Listening.

Listening is a vital part of surviving in a new environment. Picture yourself on a tennis court learning the game. Or on a soccer field practicing kicks. Or in an art studio working on brush strokes. When you were learning a new skill, did you interrupt the expert while they were explaining things? Did you jump in to defend yourself during the conversation?

Questions are good, no doubt. But often, they interfere with the learning process. To find a literary agent, I suggest listening first. Then, test ideas, practice them, and show what’s been learned. Regarding literary agents, listening is critical because agents plainly reveal what they seek in a novel in their bios, wishlists, and websites.

But do you know how to listen? Further, how can you use the skill to land the agent of your dreams? 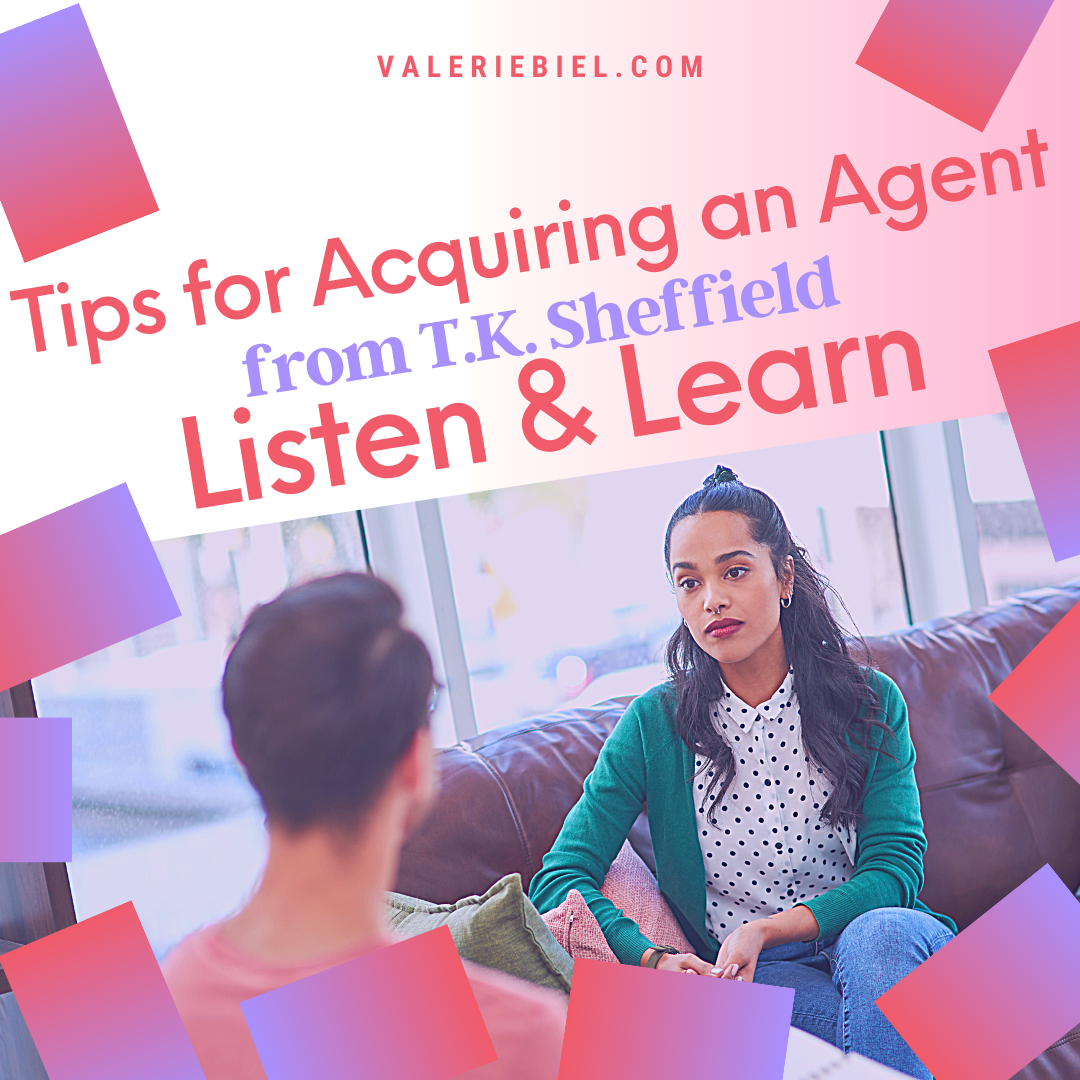 Do You Know How to Listen?

Career-success gurus advise taking action to achieve goals. I agree. But as I get older, I’ve discovered that listening is as (or more) important.

By listening to secure a literary agent, I mean read what an agent writes. Study their bios, genre preferences, and blog posts, if they’ve written any. Read tweets or posts if they’re on social media. Get to know an agent from a distance before querying or sending samples. It’s less frustrating, I believe, and gives a potential author more control over the querying process.

Literary agents talk about what type of books they seek. They offer bios on their websites and blogs, and often use sites such as AgentQuery and Manuscript Wish List.

Take the time to research potential agents. Before querying an agent, know as much about the person as within reason. Ignore your ego and put yourself in the agent’s shoes: Envision what they are describing. Does your book fit into that world? Really? Are you sure?

Evaluate your work with an honest (not defensive) eye. Given what you’ve learned from studying potential agents—listening to what they say—do your best with a query. Yes, it means tailoring the letter to an individual, not a group.

However, the effort is worth it. The discipline it takes to listen and act accordingly provides a sense of satisfaction even if the answer is “no.”

Rather than defend your book, listen to what an agent wants. Perhaps you’re fortunate enough to score a meeting with a sought-after agent at a conference. Study what that agent seeks in a manuscript before the meeting. Jot notes, so you won’t forget if nervousness sets in. Compare your work to others on their list, if possible. Then, after the pitch, listen to the feedback from the agent. Revise accordingly to make your work desirable for that agent if chapters are requested.

You may find that in a blog post, an agent is describing a book similar to what you’ve created, but better. Revise, and then submit. Let the agent know in your query that suggestions they made were incorporated into your work.

Do the best you can based upon what you’ve studied. This isn’t a foolproof method; nothing is! Your work may be rejected, but at least you learned something during the journey.

I believe listening to agents creates stronger queries. Plus, it enhances writing skills and offers a feeling of empowerment. If a writer sends a polished manuscript that’s well-written, well-plotted, and provides a fresh voice, there’s satisfaction in that. If it’s the best thing you can produce, then that’s great!

It’s an accomplishment in itself.

That sense of achievement alleviates the constant rejection that can be the most frustrating part of writing a novel.

Enjoy, and Best of Luck! Let us know how it goes.

Pre-published author, The Seymour Agency. The Backyard Model Cozy Mysteries: A retired fashion model uses her skill at spotting posers to solve murders in her touristy Wisconsin town. Follow me on Instagram for writing tips, author news, and to enjoy the scenery of my Wisconsin backyard.