When is it okay to plagiarize?

The answer should be NEVER – but it appears that both portions of the literary community and now the film community are embracing an author who describes her use of others’ work in her bestselling novel as a type of “mixing” and that “there is no such thing as originality anyway, there’s only authenticity.” 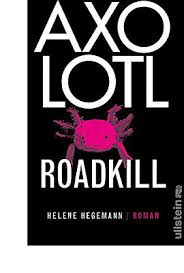 Let me start at the beginning. In 2010, 17-year-old Helene Hegemann’s debut novel Axolotl Roadkill climbed up the bestseller lists and earned a nomination for a major book prize in Germany while earning scathing criticism of plagiarism. She later admitted lifting entire pages and scene set ups from one novel in particular, and more minor pieces of published works by others, but couched her confession with her view that her writing is a type of “mixing.”

She did eventually apologize for borrowing others’ words and the publisher later acquired the rights from the other authors and added the sourcing to subsequent additions.

One would think an admitted act of plagiarism would be enough to sink the young career of a very talented writer albeit a misguided one, but that didn’t happen.

The award committee of the Leipzig Book Festival named Axolotl Roadkill as a finalist for the fiction contest which comes with a $20,000 prize, indicating they knew of the plagiarism controversy before making this decision. In the New York Times, Volker Weidermann, a jury member and book critic said this, “Obviously, it isn’t completely clean but, for me, it doesn’t change my appraisal of the text. I believe it’s part of the concept of the book.” The book went on to remain a bestseller and the translation rights were sold in 20 countries.

In all fairness to the controversy at the time, there were many authors and intellectual property rights’ groups who were very vocal in their criticism of what appeared to be an embracing of the clear theft of other writers.

Fast forward to the present. I had not been aware of this book or its controversy, until today when I spent some time reviewing the “Literary Guide to the Sundance Film 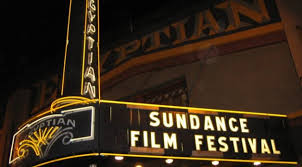 Festival.” One of the offerings is Axolotl Overkill, the movie version of Hegemann’s book. The description mentioned the plagiarism controversy without any details. I assumed my research would turn up a debunked claim of plagiarism, because, after all, how could even a partially plagiarized book and the movie based on it be accepted into one of the most revered film festivals in the industry?? How wrong I was.

As a writer, I find this sort of behavior reprehensible. There are so many amazing writers out there who would never, ever do this. I know many writers who live in fear of accidentally absorbing phrases or plot lines from others so much so that they won’t even read anything in the same genre in which they write.

Indeed, Hegemann must be very talented, but there lies the first sadness of the story. She need never have done this. She was brilliant enough to write what she needed to write without stealing the exact words of others. The second sadness is that she doesn’t even see where she’s gone wrong, when she says, “There’s no such thing as originality anyway, only authenticity.”  But shouldn’t we all be writing our own truth and not borrowing it from others? The third sadness is that both the publishing and film industries which are vicious protectors of copyright, seem to be giving this one a free pass. 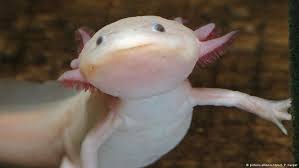 Finally, I had to look up the word axolotl. It’s a Mexican salamander that reaches adulthood without every fully developing. How apt.

This is truly alarming! And Hegemann's excuse seems to me another example of double-speak, wherein a lie might be excused by calling it "overspeaking."